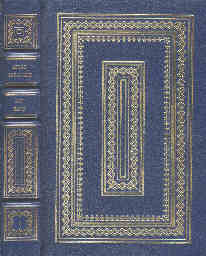 "Who is John Galt?" is the opening sentence of Atlas Shrugged. It is also the answer to the questions: "What happened to John Tower?," "What happened to Eastern Airlines?," "Was Oliver North a hero?," "What happened to Whitewater and the other Savings and Loans?", "What happened to Worldcomm?", and "What happened to Enron?" It is a question in Ayn Rand's fictional world that was an answer to hopelessly unanswerable questions. It is also an ingenious plot thread that the heroine Dagney Taggart follows assiduously to its ultimate conclusion in which the hero answers "I am" and proceeds with the longest and most boring radio speech in real or fictional life. It winds on without a break for almost 80 pages, erupting with such pearls of wisdom as "Existence exists"- shades of Werner Erhardt! Much better for a radio broadcast would be Francisco d'Anconia's monologue on money given at Hank Rearden's party, but Rand had built up to her Aristotelian climax and she laid it on thick.

Oh, for those of you who have not been so fortunate as to have someone you respect stare you intensely in the eye and say, "You must read this book," the story is about how the moochers (welfare state interventionists) and the looters (politicians and their henchmen) gain their day only to find the victims of their victory disappearing from their pleas and grabs. The victims disappear, abandoning all their material wealth (usually intact), taking with them the very item the moochers and looters had railed against (their intellect), and leaving the leeches behind to discover that the very intellect indispensable to their survival had disappeared.

Railroads collapse, copper mines disappear, oil wells dry up and the social welfare bedbugs find themselves faced with the disastrous consequences of their own folly, thanks in no small part to Rand's hero, John Galt. Galt acts as an accelerator of the destruction by explaining the results of their interactions and offering them a viable alternative to supporting an immoral structure. The producers disappear and laws are created to unify the railroads (shades of Amtrack and Conrail), the steel industry and equalize opportunity for all (although Rand in her wildest imagination never dreamed of minority set-asides: laws requiring contracts to be awarded to the least capable because of perceived past injustices). The new laws succeed only in bringing further collapse.

That there is a happy ending may be guessed from the ending words, "...the sign of the dollar."