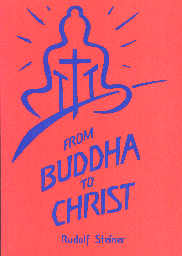 Published by Harper-Collins in 1993

Here Steiner lays out very clearly his position on the original clairvoyance of mankind. He says the bearers of the full self-consciousness came from the common plain people who were gradually losing their clairvoyant faculty, not the established wise men and thinkers. The waning of their ancient clairvoyant consciousness made possible the ability to speak of oneself as "I", and to develop the beginnings of counting and reckoning.

"They were the despised men who knew nothing of the opinions of the leading men. The anthroposophists of today are more or less in the same position." So are most of the New Age enthusiasts some eighty years after Steiner spoke these words. They are usually common people, non-intellectuals, non-scientists, that perceive the onset of the clairvoyant ability returning to humankind to augment, not replace, our logical reasoning facilities.

According to Steiner this entering of humankind into consciousness was what John the Baptist meant when he said, "the Kingdom of Heaven is at hand." He meant that "the knowledge of the world in ideas and concepts is at hand"[italics mine]. From then on man was directed to experience the whole world out of his own self-consciousness and intellect and no longer out of the dim clairvoyance of the past. Steiner interprets the beatitudes of the Sermon on the Mount in the same way - blessed are those who experience the "healing balm within" through their ego-consciousness. Blessed is the ego-consciousness within which will be found the source of righteousness. Blessed are the "poor in spirit" because they, poor for having lost their original clairvoyance, will be blessed by their new-found ego-consciousness that will replace it.

If it seems strange today to hear the ego being praised, it is only because the see-saw has swung up high on the ego-consciousness side during the past 2,000 years. Giddy at the heights of ego, we are painfully conscious of its abuses: searching for the most of everything. The time has come for a re-balancing that will once more discover optimums in nature are ever preferable to maximums.

Blessed are the rich in spirit from now on.