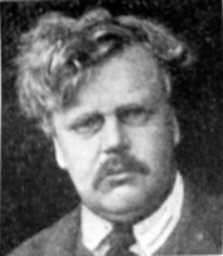 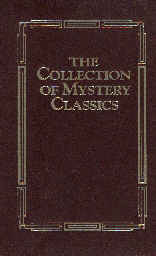 Like the majority of folks, I'd heard of Chesterton, but had never read him. In 1988 I bought this book with an eye to reading it one day, though I did not know why. Last fall I read Oliver Sacks' An Anthropologist on Mars and I found out why. Sacks referred to The Secret of Father Brown, and included the following quotation from the short story,

. . . thinking his thoughts, wrestling with his passions; till I have bent myself into the posture of his hunched and peering hatred. Till I am really a murderer. And when I'm quite sure that I feel like the murderer, of course I know who he is.

That sounded exactly like Rudolf Steiner's process of active imagination so I scurried to my library and found this book. The Secret story was not included in this volume, but as I read the introduction I came across the same quotation. Thus I finally came to read Chesterton for the first time.

His stories are delightful examples of sleuthing by the use of the active imagination. Imagine this: an unobtrusive priest in monk's garb, stands silently by as famous police captains and Scotland Yard experts examine a crime scene for clues. Suddenly the small figure in brown makes a simple statement about the crime that leaves everyone flabbergasted by its insight, veracity, and unexpectedness.

In the Twelve Fishermen in this volume, Father Brown apprehends the perpetrator of a heinous crime that had been committed right in the sight of unsuspecting observers, while Father Brown, in an isolated darkened room out of sight of the crime, had deduced both the existence of the crime and the criminal as he listened to the footsteps in an adjacent hallway.

Chesterton's stories are delights of brevity: one is almost just beginning to understand that a crime was committed when the good father announces the denouement. Insightful, intriguing, often humorous, Father Brown certainly deserves a bright star in the constellation of Literary Detectives alongside Sherlock Holmes, Miss Marple, and Hercule Poirot.

I had a glimpse of the impact that Chesterton had on pre-radio culture in England, when in Brideshead Revisited Sebastian's mother read Chesterton stories to the gathered family and friends on a typical evening before bed. One would be hard put to find such gems as the stories in this volume on a typical evening in TV Land today.