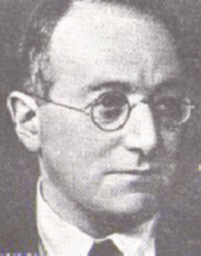 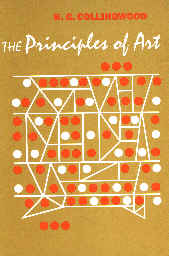 The Principles of Art by R. G. Collingwood
Foreword by G. B. Tennyson
Published by Oxford University Press in 1958
Book Review by Bobby Matherne ©2002

In this monumental treatise on the principles of art, Collingwood leads us through his various understandings of art. Art as craft, art as magic, art as amusement, art as representation, art as expression, art as imagination and finally to his primary thesis: art as language. Speaking artfully he describes the modern situation of art as topically as if he were writing in 1988 instead of 1938.

"Historical parallels are blind guides," he says, comparing modern civilization to that of the latter Roman Empire. He comments that "what we are concerned with is the threatened death of a civilization," and continues:

Civilizations die and are born not with waving of flags and the noise of machine guns in the streets, but in the dark, in a stillness, when no one is aware of it. It never gets into the papers. Long afterwards a few people, looking back, begin to see that it has happened.

Thus he introduces us to his point that in most of our garden, art has died, having been replaced by amusement, and in Books II and III he presents his plan for the necessary re-cultivation of that garden. Book II contains his "Theory of Imagination." In it he describes the evolution of language out of imagination and consciousness so that we come to "acquire new emotions and new means of expressing."

"Art does not tolerate cliches," he proclaims. No other quote better describes the essence of art to Collingwood. He views art as mathematics: that its true function is to create possible worlds, "some of which, later on, thought will find real, or action will make real."