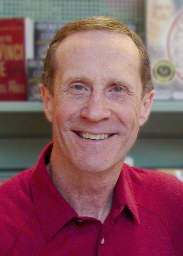 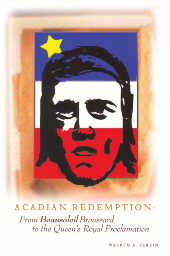 Acadian Redemption
From Beausoleil Broussard
to the Queen's Royal Proclamation

Now the shadows of night gather round,
Foreign drums make their terrible sound.
They may tear us apart,
But they can't still the heart
of your people, O sweet Acadie!

The above verse from the song O, O! Acadie! by James Peter Louviere [page 53] speaks to the hearts of all people of Acadian descent. At age 35, I didn't know I was such a descendant — until that day I stood on the ground impounded from the sea by my ancestors in Acadia over 350 years earlier. Luxuriant green fields stretched out in every direction with only the Church of St. Charles in Grand Pré punctuating the view, and a feeling welled up inside of me that brought tears to my eyes, tears which yet arise today as I type these words. This land, stretching as far as I could see, belonged to my ancestors and it was rudely and illegally wrenched from them in the eighteenth century by an agent of the British crown. I felt as if I had returned home to a place that I had never before been in this lifetime.

Warren Perrin has brought the story of the peace-loving Acadians to life within the covers of this book. He describes how our mutual ancestors only wanted peace with their neighbors and whoever claimed to be "governing" them, the French or the English. Unfortunately both the French and English disliked the Acadians and made life tough for them. After the Acadians had been promised to be allowed to remain peacefully settled in Acadia, a Governor of the region, without authority from the Queen, decided to deport all the Acadians, stripping them of their land, their farms, and most of their possessions. How this came to be is the heart of this book.

When I stood in the green grass of Grand Pré in June, 1975, it never occurred to me that I was violating a law of the Crown specifying that Acadians would be subject to punishment, even death, for returning to Acadia! That law stood unchallenged on the books until Warren Perrin, a Cajun and a lawyer, challenged the Queen to issue a proclamation to undo the law and apologize to the Cajuns, among other things. In December, 2003 the proclamation was issued.

A descendant of the 18th Century Cajun hero, Beausoleil Broussard, Warren Perrin deserves the title of 21st Century Cajun hero for his work in bringing about this proclamation which pays back or redeems our Cajun heritage. We do not receive back our cherished lands in Acadie which our ancestors impounded from the sea. We do not receive recompense for the confiscated lands, buildings, dams, and other property taken illegally by the so-called Governor of the region. Nor can those hundreds and thousands who died during the deportation be returned to life. But we are re-settled now, and like our ancestors of two to three hundred years ago, we Cajuns only ask to be allowed to live in peace and harmony with our neighbors, to cook, sing, dance, worship, love, and procreate without interference from some kingly or bureaucratically omnipotent power.

Thank you, Warren Perrin, for the gift you have given us of redemption. Every birthday when I was young, I received a gift from my parrain or Godfather. The similarity of pronunciation of parrain and perrin leads me to suggest that you have become the Parrain of every Cajun today by the gift that you have given us with this book and your efforts in attaining redemption. You have proven that our ancestors were not raucous rascals who created disturbances that caused them to be deported as claimed by the British, but rather it was the onerous greed of Scottish and British settlers who coveted the lush growing fields which caused the deportation and scattering of our ancestors on the winds of time. At the same time, you have shown that there were intrepid Acadians such as the Cajun Hero, Joseph Broussard dit Beausoleil(1), whose cognomen means Beautiful Sun, who was certainly the beautiful son of the Acadians who earnestly desired and fought only to remain in their beloved Acadie. This book, as the title states, takes us from his story to that of the recent Queen's Proclamation, or Acadian Redemption.

A hero is an ordinary individual who finds the strength to persevere and endure in spite of overwhelming obstacles. . . . Christopher Reeve