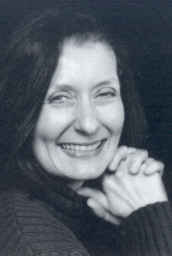 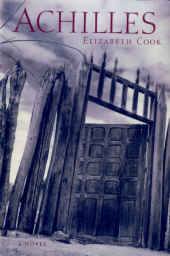 In this story of Achilles, Cook pieces together elements of his life from three sources, the Iliad, Odyssey, and Aeneid into a coherent whole and manages to include some of the best moments from the three epics. We experience Patroclus’ death as he puts on Achilles’ armor and strides into battle because his friend wouldn’t, and Achilles’ whose love for his friend Patroclus fuels his wrath. Only Hector is not afraid and engages the flashing golden armor in battle. And wins. It is a win which will cost him his life.

[page 33] But Hector is not afraid. He is only disappointed when he comes to peel the armour from Patroclus' body that the smashed flesh inside is not Achilles.

Patroclus' death causes Achilles to re-engage the Trojans in battle. He had withdrawn from battle earlier when Briseis, his beloved war trophy and symbol of his timé (1) , was taken from him by his commander, Agamemnon:

[page 31] Agamemnon pulls rank (the only way he pulls anything) and takes Briseis - the girl who was Achilles' prize. And Achilles remembers that he can choose. He lays off his men and folds his arms.

In this next passage, Cook shows an understanding of the spiritual world in which consonants — those edges of our words — are no longer understood. Professor Elizabeth Vandiver in her classical Greek courses said that one of the origins of the word "barbarian" was from the way that foreign tribes sounded to the Greek ear, like "bar-bar-bar-bar . . ." — a muffled incoherency without consonants which the word barbarian pointed to. (Only vowels are understandable in the spiritual world, rightly understood, and thus the sounds of celestial music in the hymns of choirs are nearly all vowel sounds.)

[page 8] This is what happens when you are dead:
You know the living are up there, driving your horses, ploughing your fields, handling your bowls. Eating. The living are always eating: their tongues fossicking among the bones.
They make use of your cloths. Your armour. You sense them, hear their footfalls; almost you can see them. In your mind it is clearer than when you were there but your eyes have lost the power to focus on matter. You can't hear them properly. The words they speak, real as bread when you spoke among them, are muffled like the words of foreign tribes. You don't know their edges.

When Achilles asks Odysseus to tell him about Peleus, Odysseus can only shake his head. He doesn't even know the status of his own father Laertes in Ithaca, much less about Achilles' father. The hunger of Achilles among the shades is for information. "No one here knows anything," Achilles says, but he thinks thusly to himself:

[page 10] He knows that nothing — not earfuls of prophecy — can prepare a father for the death of his own son. It is an offence which nothing can ever make good.

In this next passage, Cook gives us an interesting view of kleos (2) from the dead Achilles. Odysseus praises Achilles and tells him how well he is spoken now as "one who will never be surpassed. Here too I see you're a king." And in Achilles' reply we experience another famous moment from the epics:

We get to experience young Achilles sleeping in the woods nestled alongside the belly of his teacher, Chiron, the centaur. We watch as his father Peleus stalks his mother-to-be Thetis and quickly “scabbards himself” in her, conceiving Achilles in the fire of passion which accompanies a mortal man impregnating a sea nymph.

We are there when Priam comes to obtain Hector's body from Achilles and Achilles serves him food. Achilles, who had vowed not to sleep or eat until he had avenged Patroclus' death by Hector, tells Priam:

[page 47] 'Whatever the occasion a man needs food and rest,' (this from Achilles!) 'even Niobe needed to eat at lat, though for ten days after children's slaughter she neither ate nor slept. Tonight you're my guest. You must eat and I must serve you.'

After Achilles' death, the description of the mourners as they paid their respects to their dead hero is lyrically done by Cook. The final sentence in this next passage calls to mind that Achilles' mother Thetis was a sea nymph.

[page 62] One by one your Myrmidons approach you. Each man saws at his hair with his sword's edge and lays this tribute on you. Each man is weeping.
After the Myrmidons, the generals. Even Agamemnon weeps as he bows his head beside you, ashamed now of his greed. Your body under this soft piles blanket of black and brown, russet and gold. The wind detaches and lifts some of the locks. Bright hairs separate themselves and float in th air like strange insects. Sea horses of the air.

In this next passage, we hear a faint echo of the science of homeopathy in which minute amounts of substances are used to heal, which if taken in larger quantities would be a poison.

[page 86] He knows who to treat, when to treat, and when to stop.
He knows that the smallest quantities are often the most effective.
He has taught (but only Asclepius has ever understood this) that the weapon which wounded you may sometimes be used to heal you.

Achilles discovered a plant which is useful for healing wounds and Chiron named it after him, Achillea. It is the common yarrow which is useful for dilating the peripheral blood vessels, and thus must speed the healing process. Chiron tells us how to make a bow and an arrow. Ironically it was Chiron who taught Heracles how to make the arrow which later was to poison Chiron by accident. The bow string requires a strong sinew which must be beaten and combed, "so the tangle of fibres lies orderly. The best sinew for this job is the calcaneal tendon of any wild animal. Later called the Achilles."

We live in the shadow of Achilles yet today. Plants and tendons are named after him. In ancient Greece, the story of Achilles was known by every one from childhood. Over the millennia since then, many stories have risen to fill the patchwork quilt of our mythology, but running through it here and there we catch glimpses of the seahorse locks of Achilles and the legacy he has left to us. The quilt of mythology can be likened to our body in which over the span of seven years all of our cells are replaced. Look at the tip of your finger nail as you clip it away: seven years ago you took into your body the food which has now come to be discarded. Cook shares with us the wonderful tale of St. Anthony's shirt which acts as a metaphor for our materialistic human body.

[page 102] 'Our bodies every seven years are completely fresh-materiald . . . We are like the relict garments of a Saint: the same and not the same: for the careful Monks patch it and patch it: till there's not a thread of the original garment left and still they show it for St. Anthony's shirt.'

In the final chapter, "Relay", we read over John Keats' shoulders in Chapman's Homer how Achilles, knowing he will shortly die, cut a lock of his hair and placed it in Patroclus' hand as he lay on the funeral pyre, '. . . since I never more/Shall see my lov'd soil, my friend's hands shall to the Stygian shore/Convey these tresses.'

This book by Elizabeth Cook is full of wonderful images and moments for someone who is already familiar with the stories of the various epics in which the story of Achilles is told. When we have thoroughly assimilated the story of Achilles we may as the author of this next passage one day find ourselves in a trench like Achilles letting out a thunderous war cry over the death our beloved friend. It is one of a thousand worlds that one might live in . . .

[page 95] 'I feel more and more every day, as my imagination strengthens, that I do not live in this world alone but in a thousand worlds . . . According to my state of mind I am with Achilles shouting in the Trenches or with Theocrites in the Vales of Sicily.'

Footnote 1. timé — a Greek word which has no direct equivalent in English but is often translated as honor. Timé includes specifically the external, visible tokens of honor bestowed on a warriors by his peers, especially in the form of prizes taken after a battle, as Briseis was to Achilles. (from Glossary of Teaching Co. lecture by Prof. Vandiver)

Footnote 2. kleos — a Greek word which has no direct equivalent in English, but is often translated as glory or fame. In its original form kleos meant that which others say about one, particularly after one's death. Kleos is what epic conveys upon its heroes. (from Glossary of Teaching Co. lecture by Prof. Vandiver)