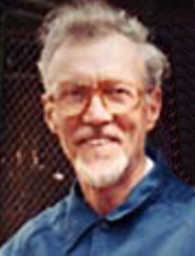 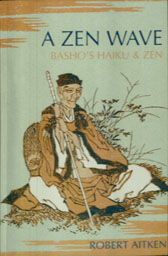 What is a haiku and where did it come from? Aitken tells us its origin in the Introduction.

[page 20] Historically, haiku developed from renku, the linked verse form that was popular among leisure classes in Japan from the earliest literate times. One poet would write a line of seventeen syllables, and another would cap that with a line of fourteen syllables. A third poet would add another line of seventeen syllables that would be linked to the first two lines in poetical intention. A fourth poet would cap that, and so on. The result would be a long poem of verses linked with associations shared by the participants, and the movement in imagery, intention, and implication would, when successful, be fulfilling for the entire party.

To which I would answer poetically:

Haiku very much
One can have a start 
Voila! Zen of art.

I thought I knew about haiku before I read this book. Well, I not only learned more about haiku but a lot about the Japanese language and my own language in addition. The haiku above I wrote in the margins of page 15 of the book. It was inspired by the following passage in the Foreword by W. S. Merwin:

[page 13] For art itself is not altogether possible (it is one of the things about it that we prize), and yet it exists, for all that  just as we live not only in the absolute but at the same time in the world of the necessary and the possible.

This book is a work of art by that definition  it doesn't seem possible and yet it exists. The subtitle comes from Aitken's M. A. dissertation title, a work he says he doesn't think to be adequate today but one he learned a lot from writing. The art of doing the impossible sometimes requires a pilot project first. So, where do we start with this review? Let's just jump in.

The old pond;
A frog jumps in 
The sound of the water.

Now that we're all wet together, let's examine how Aitken dissects the frog of Basho. The first haiku is usually his translation. The second is in Japanese. The third is a translation done word by word from the Japanese original. In the phrase "water of sound" you get to see the form of post position in Japanese which is an inversion of what we call in English pre position or preposition. In his commentary that follows each poem, because of the three forms he is able to discuss the various multiple meanings of each Japanese word and allow the non-Japanese reader to enter the world of Basho in a way that would else not be possible. Some English reader called reading a book of haiku like "being pecked to death by doves." Said reader felt attacked by the short choppy verses and was apparently not able to get into the spirit of play that the authors infused their verses with.

[page 25, 26] Haiku poets commonly play with their base of three parts, running the meaning past the end of one segment into the next, playing with their form, as all artists do variations on the form they are working with. Actually the word haiku means "play verse."

From its origin in the play of verses added to successively by multiple authors to its current form of a single standalone poem consisting of a three line, seventeen syllable poem of five, seven, and five syllables haiku has retained its form as a play verse in modern times. A book of haiku should come with a warning label that says something like: "Do Not Enter Except to Play or You Will be Pecked to Death by Doves."

On page 30 Aitken shares an interesting distinction between English and Japanese words for fruit and flowers. We are so accustomed to think of having a single word for fruit, like pear, apple, plum and two words to refer to the flowers, pear blossoms, apple blossoms, and plum blossoms, that it would never occur to us that in Japanese the situation would be reversed  there are two words for plum and only one word for plum blossom, etc. This deserves to be meditated on  there must a primacy of fruit for Western thought and a primacy of blossom for Oriental thought. We in the West think of apple blossoms as the forerunner of the primary function of the apple tree: to produce apples, whereas the in the Orient, the plum fruit is the forerunner of the plum-blossoms of future trees. Feel this distinction as it plays out in the next haiku from page 130.

How many, many things
They bring to mind 
Cherry blossoms!

Here's what Aitken tells us about the importance of the cherry blossoms to Japanese life.

[page 131] Instilled in the Japanese mind is the association of the ephemerality of the cherry blossoms with the brevity of human life. Blooming for so short a time, and then casting loose in a shower of lovely petals in the early April wind, cherry blossoms symbolize an attitude of nonattachment much admired in Japanese culture.

Compare this attitude with the Western attitude of the pretty cherry blossoms presaging the appearance of the real purpose of the cherry tree: cherries.

Here's another haiku I wrote to play with what I think is the theme of the book as given in its title, A Zen Wave. My haiku was inspired by the Basho one on page 38 and Aitken's commentary on waving goodbye as a custom in Japan.

Wave & wave until
they are no longer in sight —
all that's left is Fall.

[page 39] People in the West, sometimes quite insensitive to the importance of farewells, can learn from the Japanese, who say farewell to the very end. They wave and wave until their friends are out of sight.

We in the West tend to see a visit of a friend as the fruit and the farewell as a trivial falling blossom of the fruit tree. In Japan the visit is like the short-lived blossom that falls upon parting and the shower of petals must be enjoyed to the full  it is the harbinger of future fruit, future visits. Here is Basho's haiku on the subject:

For one who says,
"I am tired of children,"
There are no flowers. 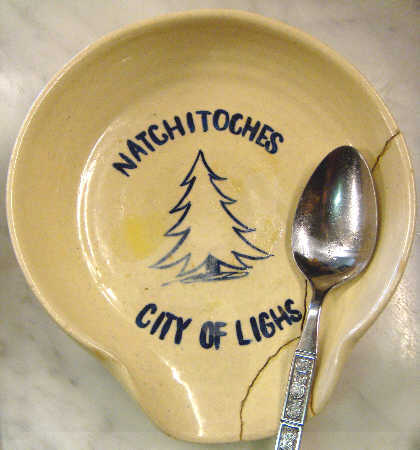 The next haiku I wrote was inspired by Basho's one on page 61 and the poem "THAT" by Joyce Carol Oates on page 62. It has to do with imperfections. I bought a spoon holder in a general store in the town of Natchitoches [nak ee tush'] that had a misspelling on it, the 't' in the word 'lights' was missing. The lady who sold it to me also led tours of the Christmas lighting decorations that the town is famous for along the Cane River. She didn't want to sell it to me. Wanted me to get an unblemished one. I told her, "This holder was obviously made by a human being, not a computer, and that's important to me." As Aitken says on page 63, "Teeth protrude a little, a birthmark, an eye with a cast  now that's a unique individual."

That holder of spoons
Natchitoches City of Lighs
That's where my spoon rests.

"Meanings accrue if you ambigue." is a favorite saying of mine. Sometime one can be too careful, too perfect. I was surprised to notice how careless spelling of words in a blackboard presentation can add liveliness to the presentation. Aitken well understands that aspect of communication, as he illustrates below.

[page 123] It is true that we must be clear, but it may be the wandering thought that is a creative idea. Wu-men warns: "To be alert and never ambiguous is to wear chains and an iron yoke." the Ts'ai Ken T'an (Vegetable Roots Discourses) tells us: "Water which is too pure has no fish."

In an age in which purified water from stores has replaced the drinking of water from the tap, I take pride in drinking water from my tap that comes from the great Mississippi River that drains the middle two-thirds of this great country. In taste tests it has beaten the pure waters from highly touted mountain streams. If I might build on the quote from the Discourses above, "Water which is too pure has no taste."

As I close I am watching a gecko feeding himself on my window. Each night that follows day, he comes out as the light from my reading lamp attracts his food to his vertical dining table on the outside of my window. You might see me now smiling and waving a zen wave to you all the way to the end of our long goodbye . . .

Now! Days come, days go
A gecko on the window;
A smile is soul food.