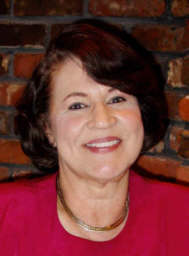 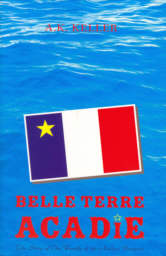 A Book Review by Bobby Matherne ©2005

Before reading this novel, the only literary work about the Acadian expulsion from Nova Scotia and their migration to Louisiana that I knew of was the fictional Longfellow poem "Evangeline" and the mythic novels and movie which followed from it. In her fictional work Anna Keller has fashioned an epic story of several families, prominently the d'Hué family, as they are caught up in the Acadian migration to Louisiana. She follows the families through the generations as they settle along Bayou Lafourche, build a plantation called Acadie, and survive the ravages of the so-called Civil War and its destructive Reconstruction aftermath.

Two phrases in French haunt the pages of this novel: diable anglais — the English devils, and N'oubliez pas — Don't forget. The diable anglais took the Acadian families away from their lands, not because the Acadians did anything wrong or hurt anyone, but because the English wanted the Acadians' land. They shackled them, shipped them off in ships in the middle of a North Atlantic winter in which many of the ships foundered and sank out of sight with all souls aboard perishing. Some might say these were lucky ones compared to those who died from dysentery, malnutrition, and other shipboard horrors. The survivors who endured these conditions swore to each other on every occasion when they remembered their history, "N'oubliez pas."

The author's style is a simple and direct telling of the story, sprinkling it with ample French expressions used by the Cajuns. Some of the short sentences in English seemed to conjure French equivalents in my head as I read the story. It was as if I were reading subtitles in the lines of the book while a movie with Cajun dialogue were playing in my head. I felt immersed in the Cajun culture of my heritage in a way that no other story has ever done to me. This book affected me deeply as I read it. For this blessing, I am grateful to the author.

In addition she has set the story in the Southeastern portion of Louisiana where I was born and raised. My grandmother was an Acadian descendant and she didn't begin speaking English till her first child entered school right after a law was passed in the early 20th Century to teach the language of the diable anglais, English, in public schools. Grandmà Babin taught herself English at home, learning from her children, and by the time I was growing up, she only spoke English to me, so although I heard a lot of Cajun French being spoken as a child, I never learned to speak whole sentences of the language.

As an adult I lived for a short time along lower Bayou Lafourche in the 1960s, and in any store I shopped I could hear locals speaking Cajun French to the older proprietors. These were people the age of my grandmother who had not made a complete switchover to English. I am sad to have lost the chance to speak the language of my Cajun ancestors, but I am glad to be blessed with the ability to speak English without the thick Cajun accent. Even with my limited ability in the language, my childhood experiences was filled with the mellifluous sounds of Cajun French being spoken around the barbershop, the Pedro games, the fishing trips, the grocery stores, and among all the older generation. Thus I am filled me with joy today whenever I hear a Cajun song being sung or people talking animatedly in the language.

It is rare to hear Cajun spoken where I live today, but about a year or so ago I was waiting in an optometrist's office for my wife, when I became aware that an older couple was speaking Cajun to each other in the waiting room next to me. So there are yet remnants of the Cajun-speaking culture in isolated pockets today. The organization CODOFIL (Council for the Development of French in Louisiana) has arisen to encourage Cajun-french speaking among descendants of Acadians today.

One word about the relationship between Cajun French and the French language as it is spoken in France today: as I understand it, the structure of Cajun French is an anachronism — it is an atavistic version of French that was spoken by the Brittany potato farmers of the seventeenth and eighteenth centuries. When Napoleon around the turn of the nineteenth century declared that all French people would thenceforth speak French the way Parisians spoke French at the time, the message did not reach the Acadians, isolated from France the way they had been for almost two hundred years. Cajuns who came to Louisiana and their descendants today continue to speak in the fashion of those Brittany potato farmers of almost four hundred years ago. Theirs is not a barbarous derogation of French — as some carelessly suggest — but rather the pure French spoken by natives of the coast of France and preserved intact in its grammatical structure and form today in South Louisiana. It was the French language as it is spoken in France today which has changed, not Cajun French! Over the centuries the Cajuns have out of common sense and expediency adopted and incorporated into their language many words of the diable anglais, but have always remained true to the language form of their ancestors. In other words, they held to their dictum language-wise: n'oubliez pas.

The great plantation Acadie and its owners, family, and workers whose life fills the latter half of the book reminds one of Tara, and Solace, the Mistress of Acadie, of Scarlett O'Hara. My mother always spoke about spoiled children with contempt, calling them pourri — which sounded like poodee to my English trained ears. Solace was pourri — spoiled rotten by her Grandmà Anne, but with Solace's headstrong approach to life, she brought Acadie through the horrors of the Civil War and beyond. Remember how Scarlett solved the problem of the carpetbagger who came to buy Tara? She found a devious way of paying Tara’s taxes to ward off the carpetbagger. Solace’s approach to saving Acadie from the carpetbagger was more direct — she shot the diable anglais in the leg!

On my mother's side I was descended from the Acadian immigrants and on my father's side from the German immigrants. Both of these cultures resonated through me as I read this passage about how the tradition of the Christmas tree was brought to my beloved South Louisiana. To this day, I cannot decorate a Christmas tree without adding simulated snow to its branches, something the Germans must have originated to remind them of the snow-laden Tannen (fir trees) of their distant homeland. My mother whipped up soap shavings to do this in the 1940s so the German immigrants to Louisiana could have originated this tradition of applying soap-based snow to their Christmas trees centuries earlier to decorate their Christmas trees in a new land where snow is rare in any year, especially during Christmas time.

[page 106] Christmas was also a gala occasion, but for a few years now, the absence of Solace's brothers and sisters was quite noticeable to those who came. Decorations were put up, and a new tradition which had been brought from Germany was added, the Christmas tree. Philippe went out on the land with his American overseer, Jack, and the slave, James, to find a tall symmetrical cypress tree to cut while back at the house, all were occupied in making candles and ornaments to hang on the tree. On the day of celebration, the neighbors' children were given an orange, a handful of pecans, and a brand-new American nickel.

This passage also brought me back to the 1940s when my three brothers and I would receive a Louisiana navel orange and pecans in our stocking every Christmas. My grandfather C. P. Matherne would always give us each a silver quarter every time we visited his house whether it was Christmas or not. Even after I was married with children, he would give quarters to my children. I have a photo of my daughter holding one of those quarters in 1965— the last year that silver quarters were minted. How many children today have ever heard the wonderful bell-like quality of a silver quarter as it bounces on a counter or table? Although inflation has reduced the value of paper money and coins to one-tenth of what it was then, those silver quarters grandpa gave us have never lost their value — they are still worth their weight in silver, about $2.50 today.

Speaking of Grandpa Matherne, I recall when I was about ten years old that he remarried after Grandma Nora died. After the wedding was over, the family gathered inside his house as he and my new Grandma Belle came home for the reception after dark. Suddenly a great noise rose up outside with dozens of folks shouting “Shivaree! Shivaree!” and beating on pots and pans. I had never experienced a shivaree before or since, and now, thanks to this book, I know why there was a shivaree: it was his second marriage.

[page 44] This was an old custom from Acadia where the crowd would gather at the home of the newlyweds if one was previously married, and tumultously beat on pots, pans, and skillets, and would shout, “Charvari! Charvari.” Finally, not being able to stand the noise anymore, Étienne and Anne made their appearance and offered little tokens to appease them.

Whatever the story of your ancestors and your personal history, no doubt you will find themes in this book of the Acadians which resonates with stories out of your past as they did for me as I read this book. When I began reading this book, I thought the title Belle Terre Acadie referred to the land the Acadians left behind in what is now Nova Scotia, but by the end of the book it was clear to me that in a beautiful metaphoric metamorphosis Belle Terre Acadie had come to refer to beautiful land of the Cajuns of South Louisiana in which I was privileged to grow up and prosper. Viva Belle Terre Acadie   !  !   !