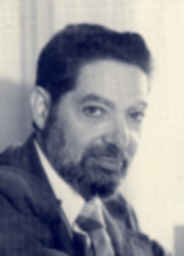 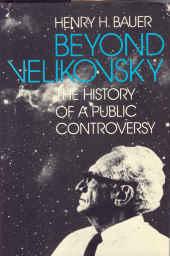 The author begins with the admirable goal of presenting an unbiased view on Velikovsky and ends up (midway in book) with a strenuous effort supporting the status quo of establishment science. What Bauer does achieve is an unbiased presentation of facts and arguments on both sides and that makes this book valuable for two reasons: 1) his accumulation in one place of diverse references and 2) his presentation of the variety of arguments (ad hominem, etc) that may be used against a proposed theory for fun and profit.

The author seems pleased with himself for his devastating indictment of Velikovsky's earlier work, "Cosmos Without Gravitation." Since Bauer disagrees with Velikovsky's basic premise in the book, i.e., that gravity proceeds as a byproduct of electromagnetic effects, he tears apart the fabric of the book on so-called "points of science". When I heard Velikovsky speak at McMaster University in 1975, he pointed out that Faraday's work on electromagnetics had not been done yet when Newton laid out his celestial mechanics and laws of gravitation. He did it in this way  he imagined Newton was sleeping and in a dream someone asked him about his theory of gravity, Have you taken in to account the electromagnetic discoveries of Faraday? Newton responded, Whos Faraday? If one insists on ignoring how the results of future developments in science affect earlier work in science, is that proper scientific conduct or malfeasance?

Velikovsky was a psychoanalyst, of course, as well as a scientist, and an intuitive psychoanalyst cannot be expected to use the words and techniques of argument of a scientist to communicate new insights of a fundamental nature. Even establishment scientists have a problem with doing that; they must create new metaphors, which, when and if they become accepted, are taken as obvious by all. Bauer will not accept IV's metaphors because IV does not speak the proper scientific jargon and so Bauer has a field day on points of scientific `fact' with IV's first book. Bauer proceeds to make one of the fallacies he points out with relish to others in this book, namely, he argues that if IV was so wrong on `scientific points' in his earliest `scientific work,' he must therefore be wrong in `Worlds in Collision.' In so doing, Bauer ignores the "time index" of General Semantics: Man(time=1) is not the same as Man(time=2).

If you think this matter of whether Velikovsky was right in his predictions is merely an academic exercise, I suggest you read my review of Space Cadet where I describe the horrors called "greenhouse gases" and "global warming" that establishment scientists have foisted on the citizens of this country and the world as a result of defending their own failed predictions against Velikovsky's ones which have proven true.

In summary, Bauer completely ignores (except for excerpts by De Grazia and others) the intuitive nature of Velikovsky's works, treating them as defective scientific endeavors, and then dismissing them as crackpot gamesmanship by Velikovsky.

And now, for something completely different, Bauer, for his next book, runs off to Scotland to investigate the people who are studying the Loch Ness Monster. Think I'll read my old Submariner comic books instead.