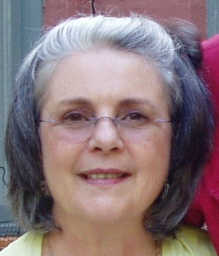 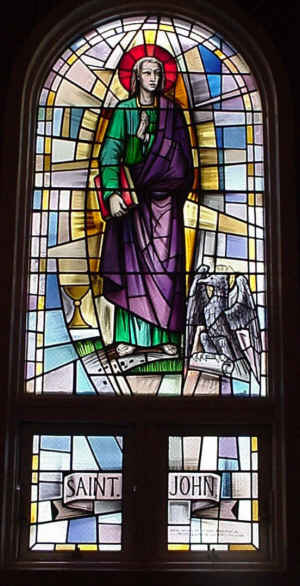 8.4 Blessed are those who are persecuted because of righteousness,
for theirs is the kingdom of heaven.

On the surface it seems strange that a person would be persecuted for righteousness. What this beatitude says is that people flee away from those who are balanced. So this would suggest that the way of the world is for people to be unbalanced. There are forces trying to influence the evolution of the world that prefer human beings to be unbalanced. For when we are balanced, we are able to determine what is right and what isn't. We have an innate sense of justice and morality.

Morality is very misunderstood. It isn't about behaving according to the half-formed ideas of others; it is about love, agape, the Christed love that calls from the depth of our being. When it stirs, it is a love that you can't hold back. It flows out in abundance into the hearts of others. St. John gives us a most interesting picture of morality.

The Scribes and the Pharisees brought a woman who had been caught in adultery, and placing her in the midst they said to him, "Teacher, this woman has been caught in the act of adultery. Now, in the law, Moses commands us to stone such. What do you say about her?" This they said to test him, that they might have some charge to bring against him. Jesus bent down and wrote with his finger on the ground. And as they continued to ask him, he stood up and said to them, "Let him who is without sin among you be the first to throw a stone at her." And once more he bent down and wrote with his finger on the ground. But when they heard him, they went away, one by one, beginning with the eldest, and Jesus was left alone with the woman standing before him. Jesus looked up and said to her, "Woman, where are they? Has no one condemned you?" She said, "No one, Lord." And Jesus said, "Neither do I condemn you; go, and do not sin again." Jn 8:3-11

We can use this story to look at the eighth beatitude by applying it to our own consciousness. The Scribes and the Pharisees persecute us when they think that we love in the wrong way. They represent the way our modern culture thinks; you can do this but you can't do that. They can also represent our automatic reactions, instincts, and second-hand ideas that we haven't actively thought through ourselves.

This story gives us an Imagination, a powerful image, of how our body, soul, and spirit interact with each other. Our body is represented by the Scribes and Pharisees who are attached to letter of the law. Our soul by the woman they wished to have stoned. And our spirit by Jesus whose I AM is in the process of absorbing the Christ Impulse.

When our soul, like the woman, wakes up to more of her options there is a kafuffle in our being. Mostly our soul responds to our body in an unconscious way, and that is the way our body likes it. When we wake up our soul, our feeling, thinking, and behavior change. They no longer do the bidding of the body's automatic habits — they start to dance to the tune of the I AM. In this case, to express love in ways that the body doesn't think is appropriate.

Our body is much more comfortable sticking to its routine, like the Scribes and Pharisees were. The body wants to stone the soul. It threatens it and wants to cause damage or even death.Our soul remains asleep and, like the woman, awaits its punishment as it always has. Jesus, the I AM, stirs things up in our soul, arousing it to act independently of the body.

This is where we are at present in evolution. The death of the soul is a very real threat. The evolution of consciousness is in crisis. The forces in our body, represented in this story by the Scribes and Pharisees, are the anti-forces which we call Ahriman and Lucifer. While we remain unconscious of our I AM, these forces think and feel in us. They take over our idle soul and act out their own ideas in us. They distract us from experiencing the fullness of love; they deflect our attention from the Christ Impulse in us which, as a seed since Golgotha, has awaited its sprouting.

These demonic forces are distorting reality in us. Our I AM will bend down and reveal the true nature of reality. Our I AM is our eternal being. It is a string threading through the pearls of each of our lifetimes. We can allow our I AM to speak into our being, as John tells us, "when they heard it, they went away, one by one." Our I AM will never condemn us. Sin is simply being unconscious of our I AM. Once we allow our spirit — our I AM — to work into our soul, we will begin to dance with our I AM, and then surely ours is the kingdom of heaven.