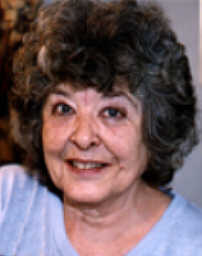 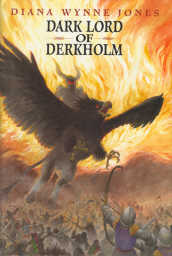 Dark Lord of Derkholm
A Novel

This novel had a memorable first sentence, one that I will shortly forget, but not the lesson I received from it. It became a theme throughout the book. Talk, talk, talk, talk ad infinitum.

[page 1] "Will you all be quiet!" snapped High Chancellor Queridda.

If "genius is 98% perspiration and 2% inspiration" as Thomas Edison blatantly claimed(1), then this book is 98% talk and 2% action which makes it mostly drek! Pardon if I occasionally slip and refer to this novel as "Dark Lord of Drekholm" Ś just call it literary critic dyslexia.

The premise of the novel was fun: Derk is a peace-loving wizard with a large family who is to be pressed into service this year as the "Dark Lord." He is to lead armies of soldiers through the surrounding lands and armies of tourists who will come to enjoy the spectacle of the battle of the Dark Lord's minions against each other. Imagine that: Derk is giving a war and everybody's coming to participate in the fun!

And nobody will die! Well, not quite. Some of the pilgrims are designated as expendable, a boon they owe to their caring friends and relatives who have ponied up a great sum to have them dispatched during battle. I'm not making this up. The novelist is making this up, remember?

[page 34] "Wizard Guides are now officially required to ensure that all Pilgrims marked 'expendable' on their list meet with a brave and honorable end and have that end properly witnessed by other Pilgrims. Last year we had someone return home alive."

Gee! Do you suppose the unfortunate one was disappointed?

A dirk is a Scottish blade kept in one's leggings when wearing a kilt, so it is natural that Derk's son would be named Blade, wouldn't it? He has a daughter, too, and a wife, and the rest of his household consists of talking animals who jabber constantly, all of whom have people-like names and one can never be sure without a roster what kind of animal is talking and or if it's a human being. Derk is valued by King Luther because he has flying performing animals: horses, griffins, pigs, and miscellaneous other animals. Most of whom have names and talk. Yes, flying pigs. Read this novel when pigs fly is my suggestion or you'll be subjected to about 11 attempts to squeeze humor out of that bit. Those of you who are PETA-ble minded can rest assured that these pigs are free-range, not kept in a cage. The geese can talk, too, but thankfully only in their own language. The cats, well, see for yourself, or rather look, but don't see for yourself.

[page 39] "Why is this cage empty? The pigs?"
"No, the pigs are free-range. That should be the cats," Derk told her. "I think the ones still in there are invisible, but most of them got through the walls somehow."

Schrödinger could have never given us his remarkable cat in the box metaphor of quantum mechanics in a Derk World where cats are invisible and occasionally escape through walls. The more I read of fictional worlds, the more I like the world I live in.

Want an example of how this novel doesn't work? Take this passage and note the variety of adjectives in it. And the specification Mr. Addis will give Drek, er, Derk, will be filled with the like. Most of the adjectives are not descriptions, they are evaluations, and last time I checked evaluations are so personal as to be meaningless in a specification.

[page 27] "Settle it how you want, said Mr. Chesney. "Just remember that when the Pilgrim Parties arrive there, they will expect to see hovels, abject poverty, and heaps of squalor and that I expect them to get it. I also expect you to do something about this house of yours. A Dark Lord's Citadel must always be a black castle with a labyrinthine interior lit by baleful fires Ś you will find our specifications in the guide Mr. Addis will give you Ś and it would be helpful if you could introduce emaciated prisoners and some grim servitors to solemnize the frivolous effect of these monsters of yours."

This next passage boggles my mind.

[page 50] "I'm glad to hear you think you ought to have felt guilty," Derk observed. "I was beginning to wonder whether we'd brought you up properly."

One presupposition is that Derk thinks it is proper for his children to feel guilty, as if their rearing would have been incomplete without their feeling guilty at the right time! Obviously Derk would have felt guilty if his offspring didn't feel guilty. Not to worry, Derk, feeling guilty at the right times, which are the exactly the times one's parents would have, is a doylic acquisition by every child before they reach age five. That ensures that they will have such appropriate guilty feelings for the remainder of their lives, whether they wish to or not. Unless they do learn to do a speed trace(2) to remove the guilty feeling. Luckily for Derk, no children in novel land have learned to do a speed trace to remove unwanted doyles, up until now. Kit would have loved to be able to do a speed trace. Read why:

The farther I proceeded into this novel, the more I realized that it, the novel, was all a stupid game. A lovely and interesting premise had been set up, but it was not being fleshed out. The next passage I include because the dizzy dragon seems to pin the novel rightly as he blasts Derk with the epithet, "So it's all a stupid GAME!" This was after Derk says that he was just an ordinary wizard. This entire novel is full of stupid games and ordinary people surrounded by extraordinary things (invisible cats, flying pigs, griffons, flying horses) which act just like ordinary people under the spell of an ordinary wizard. All together these ordinary minions comprise an ordinary novel.

[page 98] "You're the Dark Lord, aren't you?" the dragon demanded.
"For this year, yes," Derk agreed.
"Then I've come to join the Forces of Evil as any right-minded dragon should," the dragon boomed impatiently. "Can I put it any plainer? I've come to kill your enemies."
"Er Ś " said Derk. There was something even wronger with this dragon than he had thought. Possibly it was insane. He threw his head back and looked into its filmy green eyes. Under the green and behind the film, red flickered. Red in the eyes of a dragon, he remembered learning as a student, meant that it was angry. He said, very carefully and calmly,
"That is extremely kind of you, but I think someone has misrepresented the position to you."
"How so?" boomed the dragon.
"Because my post as Dark Lord means simply that I pretend to be evil for the benefit of tourists who come from a world next door to this one," Derk explained. "I'm just an ordinary wizard really. And I'm only allowed one dragon, and she Ś "
That was as far as he got before the dragon gave way to rage. Its eyes became wholly a cloudy red. "So it's all a stupid GAME!" it thundered. Derk backed away from the roar with his hands over his ears, surrounded in wet brown smoke. "You've dragged me all this way to pretend! What are dragons coming to, letting humans make fools of them like this?"
"I assure you I'm not trying to make a fool of you," Derk managed to say. The smoke was making his lungs sore. He felt dizzy.
"YES, YOU ARE!" bellowed the dragon. The force of the bellow sent Derk reeling away.

Even the drivel was ordinary drivel Ś take this example:

[page 286] "Oh, Reville, darling! I knew you'd rescue me!"
"I was behind you all the way, my love," Reville said. "Now I'll never let you go."
The two of them stood kissing passionately in the water, regardless of wet boots.

Who would care about wet boots in the midst of platitudes and passionate kisses? Only the novelist apparently. Try to imagine Hemingway writing such a sentence. Almost as bad as when Blade asks the Horselady, "How much do they pay you for the horses?" and she replied, "Not enough." Why ask a question which has no better answer than that? It sounds like something a burger flipper at McDonald's might answer if you asked them how much they paid him. "They" always underpay to a certain strata of people who are always mad at "Them."

In a recent review of Mario Vargas Llosa's excellent piece on writing, Letters to a Young Novelist, I wrote, "We may not like a novel. We may even stop reading it at some point. When this happens to me, the novel never gets reviewed because I don't finish reading it." This next quote describes my passage through this novel:

[page 215] Another funny thing, he thought as he whisked. I'm hating this battle quite as much as I'm enjoying it.

I was hating the novel more than I was enjoying it, and having a low tolerance for things and people I hate, I whisked through the second half of this novel so that I might review in a way which may enlighten "Young Novelists" who may wish to emulate the author of this novel. Perhaps they will lighten themselves of their wish to write and create more drek in a world that already has Drekholm or better yet inspire them to read literature and learn about themselves in the process of writing.

Footnote 1. I met a man from New Jersey who told me stories he got directly from his father who was Thomas Edison's chauffeur. Apparently Edison was constantly bumming cigars from his driver. A man who will bum cigars without returning the favor will also bum ideas of other people without recompense or acknowledgment. No wonder 2% inspiration was enough for Edison Ś he got 98% of his ideas from other people built his inventions from them. He was lousy at inspiration, but great at implementation and thus his famous dictum, which while pithy, turns out to be most meaningful for Edison himself and primary thieves everywhere (those who steal ideas).

Footnote 2. A speed trace is a memory technique which allows one to convert a doylic memory (such as a feeling of guilt) into a cognitive memory which is free of feeling. Find out how to do a speed trace by clicking here.