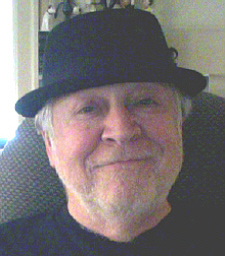 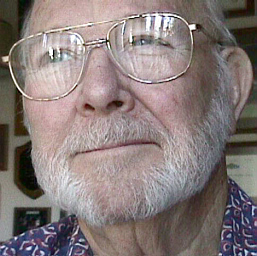 A Deep Understanding of Doyletics

I am pleased to share Gary Lee-Nova's understanding of doyletics. His essay may help you Good Readers to understand the concepts of doyletics better, answering some of your questions and raising others to contemplate. Bobby Matherne, Principal Researcher of The Doyletics Foundation

I have begun to develop a fuller and deeper understanding of doyletics.

What we in the West refer to as 'emotional', 'emotions', and 'emotion' is an extremely large catalog of body-states.

The body-states seem to me to be the consciousness of the physical body. Overall human consciousness seems to fit together as layers and the "emotional" layer is the first layer of consciousness to come into being through an amygdala.

This layer or level of consciousness, has memorized doyles and all of the non-verbal experiences of a physical being that is coming into being starting with its being as a fetus.

First of all, I have been curious to learn of any opinions you may have about human sensory orientation.

I've read your reports on the NLP publications and noted the sensory orientation codes located in what are now known as Markova Stacks. I've not yet studied those deeply but I have recognized the value of the AVK code (Audio, Visual, Kinesthetic) of NLP.

What I've become curious about is this; my conscious orientation in this life is one of being extremely visceral. How I am feeling, on very deep physical levels, is something I'm always acutely aware of. It's what I am most conscious of when I'm conscious. Therefore, I was able to grasp and understand the speed trace procedure involving "hold" and "mark" almost immediately, and put it to work expeditiously.

I am now wondering if people who lack any kind of strong visceral orientation to their lives can understand and deploy the speed trace technique, a procedure that involves being sensitive to how their physical body is feeling be it positive, negative or neutral.

You may recall an early report of mine, sent to you in 2017, during my early explorations of doyletics and the speed trace technique. I reported to you that I seemed to encounter events involving a disruption caused to the planetary electromagnetic environment by the first testing of atomic explosions and the subsequent use of atomic weapons on Japan.

I was about 25/26 months old at that time. That report is an index of how sensitive my sensorium seems to be, or at least was, at that time. Maybe it still is. My sensitivities are such that I have described my sensory life as sometimes feeling like I'm walking around with my skin peeled off.

Is it possible to identify body-states that are what I'm tentatively calling 'primal'? Perhaps there is a more appropriate term for what I am calling 'primal'. Perhaps 'existential'.

In Stalking The Wild Pendulum, Itzhak Bentov attempts a definition of "consciousness" in the simplest possible terms.

Bentov makes this statement: "We can say that consciousness is the capacity of a system to respond to stimuli.

Furthermore, he states that the system may be a nervous system, no matter how simple.

He writes further: "Suppose we stimulate an atom by applying ultraviolet light or other electromagnetic radiation. One of the electrons may get excited and respond by jumping into a higher orbit farther away from the nucleus."

These statements got me to thinking about how human sense organs are the extremities of a brain and nervous system and how these respond to stimuli.

Human sensory responses occurring at these levels are also engaged with storage and retrieval processes involving memory. This would seem to be the first bifurcation of several memory processes that are bifurcations of sense data into appropriate memory registers.

An amygdala, being the first memory register, shows up in a fetus, but an amygdala doesn't memorize semantic information. It can only memorize and retrieve non-verbal sensory input patterns.

The amygdalin memory registers would seem to me to eventually contain the entire spectrum of distinctive auditory units that make up the phonemic, phonetic and phonological structures of human speech. It seems that most if not all of an entire phonological (auditory) system is established by an amygdala as memorized sound data.

Amongst other sensory events, the sounds of speech must be given a substantial amount of attention and a large memory register for storage. This starts during the period when the being is a fetus, and continues through infancy and deep childhood.

Around the age of five years old, which doyletics calls the Memory Transition Age (MTA), all of future auditory sense data is transmitted or transferred via the hippocampus to the cortex where semantic information content can be readily memorized and later retrieved.

I regard the MTA as the foundational stage for the sounds of human speech encountering semantic content and putting together sound and meaning constructs as meaningful speech. An MTA brings a semiotic system of speech communication into being.

A consequence of great significance seems to be a consciousness coming into being, and expanding, from emotional/body consciousness into semantic and cognitive communicational consciousness.

Consciousness appears to be begin coming into being within the physical order of being a fetus. This occurs following conception at about the two to three month mark.

At approximately those points in time, functioning memory registers develop in a small organ in the developing brain of a fetus. This memory storage organ can't store semantic (verbal) sense data. It can only store non-verbal (*aesthetic) information.

What seems to follow (with some immediacy) is an emergence of an early stage of a living, therefore conscious physical system, something physical that has come to be named "the emotional," and can perhaps be regarded as a first development of human consciousness. It certainly sets the scene for further developments of consciousness.

In addition to the notion of "responding to stimuli" as a simple definition of consciousness, we can perhaps agree that sense organs respond to stimuli and in order to do so, must have storage registers that memorize all stimuli of sense organs.

A brain somehow makes sense-data retrieval possible. It seems probable that this process takes place in states of consciousness and unconsciousness. Is the instant-reply and other "playback" options in our technological culture an extension of human memory retrieval processes?

Doyles are replays for stored non-verbal memories. Doyles can become enmeshed with 'primal' body-states. I learned this with my experience of the primal body-state of hunger and a body-state of anxiety, made up of a fear and confusion body-state. You published my report on my speed trace results earlier this year. The entire experience has become a milestone in my experience of doyletic theory and practice.

I'm wondering if all sensory organs, maintaining their readiness for stimulus, are body-states, or is it only while engaged with and responding to external stimulus, that the sense organs are body-states?

Physically, how deep do the memory registers go? Does the data have components that amount to the very smallest physical units of matter as in the "Planck Length"?

A Planck Length is a measurement of a fractional physical quantity that amounts to 1.616229(38)×1035 (<------ 35 zeros after the 1) of a meter.
The physical locale (as tiny as tiny can be) has been theoretically cast as a scale at which quantum gravitational effects are believed to begin to become apparent.

I ask this because this year, following some very deep-dive speed-traces into my consciousness of doyles and memories, it seems that sense data from traumatic events memorized while a fetus, or during infancy and deep childhood, can be found deeply embedded in what seem to be the outer limits of the physical, in terms of boundaries. Just as there are speed limits on sound and light, there seem to be limits on how small units or portions physical matter can become.

At those levels of perceived physical sensations (doyles), the sense data can be very subtle, subtle to a degree of being like cast shadows, or ghosts, of other, more pronounced sensations and have already been speed traced into oblivion. Do doyles have layers?

I am deeply grateful for the opportunity to pose these questions to you.

While there may be many different 'kinds' of information content, there are only two 'types'.

As distinct from semantic (verbal) information, the non-verbal type of information was labelled "Aesthetic Information" by a French Audio Engineer by name of Abraham Moles.

Abraham Moles intended his 'aesthetic' type to cover all sensory experience that isn't confined to verbal information content. For Moles, the 'aesthetic' has many flavours; colors, sounds, textures, tastes, and smells; all non-verbal sensations of various types and kinds.

The pair of information types — semantic and aesthetic — are not mutually exclusive.

There are information situations involving both semantic and aesthetic content and incidents that could serve as examples of purely aesthetic (non-verbal) and purely semantic (verbal).

Pure semantic content could be a broadcast weather report, or a banal newspaper story.

A well written story, fictional or otherwise, can contain both semantic and aesthetic content, like poetry does. Also, music with lyrics that are sung accompanied by the playing of musical instruments.