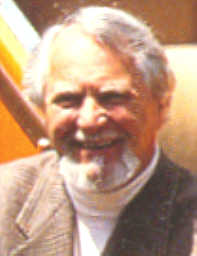 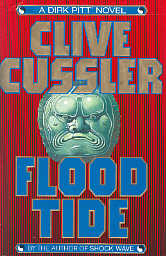 by
Clive Cussler
Published by Simon & Schuster/NY in 1997

A Book Review by Bobby Matherne ©2011

The book begins with the passenger liner Princess Dou Wan somewhere in unknown waters in 1948 sinking beneath an icy and tempestuous sea. This ship, which had ranged the far seas of the globe and survived the worst the deep oceans could throw at her, went down to the bottom and the only signal of her sinking was received off the shores of South America. Her cargo and whereabouts when sunk remained an unanswered question when this story begins.

Cut to Orion Lake in Washington State where a billionaire Chinese Industrialist had built a secure fortress to receive and disperse illegal immigrants from China, one of whom is an INS spy, Julia Lee, who is trying to uncover evidence of Qin Shang's scurrilous activities. When Dirk Pitt shows up with his underwater gear, he takes on the guards of Shang, uncovers hundreds of bodies lining the bottom of the lake, and frees a dozen or so, including Julia, who have just been dumped, tied up and weighed down, to float to the bottom to join the others.

The scene changes to Hong Kong harbor where a large cruise liner, the United States, 900 feet long, is docked. Dirk gets aboard the ship and is amazed to find that it is completely empty of crew or cargo of any kind. He decides that it is perhaps intended for smuggling activities, but sees no way that people could be loaded aboard unless it is done below the waterline, through the hull.

[page 171] "We'll know better after we check out the ship's bottom," said Pitt. "If he intends to smuggle illegal aliens into foreign countries under the noses of their immigration officials, he'd have to have a technique for removing them off the ship undetected. That can only mean some kind of watertight passage beneath the waterline to shore or even possibly a submarine."

Having found nothing inside the ship, Dirk and Al Giordino get into a submersible to inspect its lower hull and again find nothing, but they are chased away by armed escorts and barely make it back to their ship before this large cruise liner powers up and heads across the Pacific to accomplish some nefarious deed for Qin. This quickly turns into an armed conflict between Qin and Dirk which eventually climaxes in the coastal marshes of South Louisiana around Morgan City.

As the ship gets nearer to New Orleans, Dirk and his underwater swimming buddy are scouring the bayou sides and bottoms around Sungari, a mysterious super-port that Qin has been building on the Atchafalya River south of Morgan City between the Intercoastal Waterway and the Gulf of Mexico. All signs seem to point to a plan to divert the Mississippi River's path into the Atchafalya River, which would wipe out Morgan City and send the major flow of the huge Mississippi on a path almost 200 miles shorter to the Gulf. The intent becomes clear here, when Qin Shang is told his agenda takes him nowhere near Washington, D. C. next week, but rather to meetings in Hong Kong and Beijing.

[page 218] "Cancel them," Shang said with an indifferent wave of one hand. "Set up meetings with my friends in Congress. Also arrange a meeting with the President. It's time I soothed any misgivings they might have about Sungari." He paused, and his lips tightened in a sinister smile. "Besides, I think it appropriate that I be on hand when Sungari becomes the premiere shipping port in North America."

Clive Cussler's 1929 Model J Duesenberg (or is it really Dirk Pitt's?) is shown on back cover with the author leaning against its fender-mounted spare tire. The fabulous automobile plays an important role during a movie-like chase scene. But another movie-like appearance is made by the author himself, when he Hitchcock-like appears in a bar, and Dirk and Al Giordino have a conversation about recognizing Cussler, their author, and wondering if the three of them had ever met!

[page 327] Pitt grinned at his friend. "Now comes the hard part."
"Hard part?"
"We have to find a taxi."
As they stood on the curb Giordino turned and looked back over his shoulder at the bar and grill. "Did that old fisherman look familiar to you?"
"Now that you mention it, there was something about him that struck a chord."
"We never did get his name."
"Next time we see him," said Pitt, "we'll have to ask if we've ever met."

Back in Charlie's Fish Dock restaurant and bar, the old fisherman glanced up at the bar as the bartender yelled across the room at him.
"Hey, Cussler. You want another beer?"
"Why not?" The old man nodded. "One more brew before I hit the road won't hurt."

A playful author, Cussler, provides comic relief in a book full of deadly force duking it out with deadly force chapter after chapter.

We know that Qin is planning to divert the waters of the mighty Mississippi into the Atchafalaya basin, a deed which once accomplished can never be undone — all the King's US-Army-Corps-Men can never put the Mississippi back together into its lower banks to New Orleans again. What we don't know is exactly how he plans to do it. Will Qin have the United States liner ram the Old River Control Structure to divert the flow? Clearly something is planned and it's up to our intrepid heroes, Dirk and Al to suss it out so that they can prevent it from happening. Their first guess was that bombs were located at the end of the Mystic Canal which dead-ends just short of the River Road and leads to the Atchafalaya River, but no bombs could be found at that spot. Why the United States was headed for New Orleans with only a piloting crew aboard remains a huge mystery.

When the levee breach happens, the scene is cataclysmic and calls on all of Cussler's extensive narrative skills.

[page 424] For one long, terrible minute they stared bleakly through disbelieving eyes, hypnotically drawn to a cataract so violent that it could not be conceived unless witnessed. They watched impotently as millions of gallons of water poured through the breach in the highway and levee, dragged by the natural laws of gravity and impelled by the force of the river's mass and current. It exploded into a wall of boiling water with nothing to stop its great momentum as it began draining off the main flow of the Mississippi.
The great destroying flood tide was on its way, oblivion in the making.
Unlike ocean tidal waves, there was no trough. Behind the crest, the fluid mass moved without the slightest suggestion of distortion, its texture smooth and rolling, surging with immeasurable energy.

This gigantic levee breach exceeded by orders of magnitude the Katrina levee breach at the 17th Street Canal, which the entire nation watched for days as the King's US-Army-Corps-Men vainly tried to put their fallen Humpty-Dumpty levee back together again, dropping everything, including the kitchen sink, into the roiling waters in futile attempts to stem its flow. How could two men, Dirk and Al stop this massive flood before the end of the book, which dramatically was looming in sight? I wondered if Cussler was still drinking beers in Charlie's Fish Dock bar and had let his book get away from him. But, never fear, like Batman and Robin or perhaps, Beavis and Butthead, our two heroes stop the flow of the river through the breach so that it could continue rolling peacefully down to New Orleans. Cue the barbershop quartet singing, "Roll on, you mighty River, Roll on . . ."

There was one unanswered question: What about the Princess Dou Wan whose disappearance in "unknown waters" garnered a brief mention in chapter 1? In short order, as the pages dwindle down to a precious few, our heroes locate the treasure ship and make plans to capture the Big, Bad Wolf, Qin Shang, using the Princess as bait. A Nursery Rhyme, a Fairy Tale, a Pop Song, and a peaceful ending to another Dirk Pitt tale of adventure under the high seas!