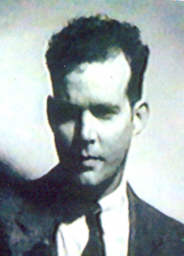 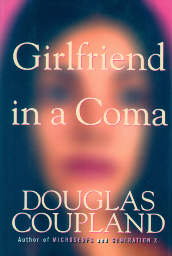 Look, my girlfriend's in a coma, and she won't be coming back until the end of the world so she can notice how shallow life has become because people no longer carry around unanswered questions. That might be the theme of this novel, and maybe not. Maybe it's just another brick in the wall. Here's another way of looking at the theme of this novel that is just as useless, by listing the chapter headings in order. I will leave the quotes off for effect. The entire next paragraph contains only the chapter headings.

All ideas are true. Every idea in the world is wrong. If it sleeps, it's alive. It's all fake. No sex, no money, no free will. Loneliness is fun. Thinking about the future means you want something. Earthly sadness. Even more real than you. One day you will speak with yourself. Destiny is corny. The future is more extreme than you think. Reject every idea. In the future everything will cost money. No imperial children. The future and the afterlife are different things altogether. Everybody's lying. Extreme body failure. Dreaming even though you're awake. . . . and after America? Your dreams of war alarm you. Nation or ant colony? Steel mink beef music. The past is a bad idea. 2000 is silly. Progress is over. Fun is stupid. The future is fake. Infinity is artificial. Everything is brand-new. One idea will win. Super power. Your message here. Stop breathing. 3, 2, 1, zero. The End

This is a powerful novel, similar in many ways to one I was reminded of this morning when I found this piece by Michael Southon in an email newsletter:

One day in the mid-1970's a young man stumbled into a diner somewhere in the United States. Slung over his shoulder was a kit-bag that contained everything he owned. He was unshaven and needed a shower badly. He had very little money, but enough for a phone call. He rang his bank and asked how much was in his account. A woman's voice informed him, to his amazement, that the balance in his account was four million, three hundred thousand dollars. His name was Richard Bach. Six months before, he had submitted a short story, barely 10,000 words long, to a New York publisher. For the last three months he had been living the life of a nomadic 'barnstormer', sleeping in fields under the wing of his bi-plane. He had been completely unaware that his manuscript, titled 'Jonathan Livingston Seagull', had become a run-away best-seller.

Jared in Girlfriend gives us instructions, just as Jonathan gave his gull-able friends. If you would like an idea of what those instructions are, try re-reading the chapter headings paragraph above, changing every sentence into a question. Now, hold onto those questions.

Here's a couple of samples of Coupland's prose that grabbed me.

[page 58] Hamilton and I were the ones without goals. "Imagine you're a forty-year-old, Richard," Hamilton said to me around this time, while working as a salesman at a Radio Shack in Lynn Valley, "and suddenly somebody comes up to you saying, 'Hi, I'd like you to meet Kevin. Kevin is eighteen and will be making all of your career decisions for you.' I'd be flipped out. Wouldn't you? But that's what life is all about — some eighteen-year-old kid making your big decisions for you that stick for a lifetime." He shuddered.

[page 215] "Jared, nothing ever turns out the way it was intended. Just look at me."

This statement of Karen's creates the acronym NET-O-TWIWI, which is the polar opposite of an insight I had some twenty years ago, one that goes EAT-O-TWIST, or everything allways turns out the way it's supposed to. In a very real sense NET-O-TWIWI is what the world seems to be while we're learning about EAT-O-TWIST. NET-O-TWIWI was what Hamilton was telling Richard that caused him to shudder — the idea that an eighteen-year-old made our career decisions for us and NET-O-TWIWI! Then we actually grow up to past forty-years-old and find out that they were exactly the right decisions after all. EAT-O-TWIST!

In this next passage, Karen is asked what she noticed different about the world when she woke up some seventeen years later. What she noticed is what an anthroposophist would call "Ahrimanic emptiness." Here's her words from page 217. In the second quote from page 259, Richard expounds on a similar theme.

[page 217] I know — I remember when I first woke up how people kept on trying to impress me with how efficient the world had become. What a weird thing to brag about, eh? I mean, what's the point of being efficient if you're only leading an efficiently blank life?"

"I didn't say that, Karen. I said we gave no evidence of an interior life. Acts of kindness, evidence of contemplation, devotion, sacrifice. All these things that indicate a world inside us. Instead we set up a demolition derby in the Eaton's parking lot, ransacked the Virgin Superstore, and torched the Home Depot."

At the end of the book, we are left with many unanswered questions, most of them of our own making, hopefully.