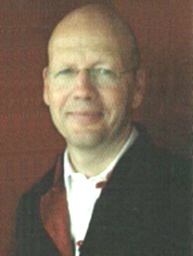 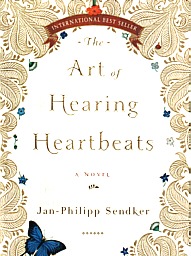 ARJ2 Chapter: Reading for Enjoyment
Published by Other Press/NY in 2006
A Book Review by Bobby Matherne ©2014

This is the story of Tin Win and Mi Mi as told by U Ba to Julie Win. He confronts Julie in Kalaw a small village outside of Rangoon to which Julie had flown from New York City in search of news of her father who disappeared without a word or trace years earlier. There in the tiny village was U Ba, a man who knew her name, birth date and place, and that she had an American mother and Burmese father. He asks Julie, "Do you believe in love?" and Julie laughs. "You laugh. How beautiful you are. I am serious. Do you believe in love, Julie?" (Page 5) But before she can answer, he explains the kind of love he is talking about, the kind of love which fills the covers of this book, the kind of love which will fill your heart, the kind of love which will make you savor every page as you follow along with U Ba’s story.

Julie, having lost her father with no explanation, cannot understand such a kind of love, one that is not bound by the kind of loss, separation, and rejection which her father left her as his only legacy. Now here is this strange man in a place Julie has never been before telling her of a story her father told him.

[page 6,7] "This is where I met your father, by the way, and, as a matter of fact, he sat right there on your stool and took up his tale while I sat exactly where I am now, astonished — I'll admit — disbelieving, even confused. I had never before heard anyone tell a story like that Can words sprout wings?(1) Can they glide like butterflies through the air? Can they captivate us, carry us off into another world? Can they open the last secret chambers of our souls? I do not know whether words alone can accomplish these things, but, Julia, your father had a voice on that day such as a person hears maybe only once in a lifetime.
"'I am not a religious man, and love, U Ba, is the only force I truly believe in.' Those are your father's words."

Julie is flummoxed. She wants to tell U Ba that no, she doesn't believe in love and that no force is greater than fear. Her last memory of her father was when she was four in New York City. Her father was going to work, told her he had an appointment in Boston, didn't know when he would be back, kissed her and said, "I love you, little one. Never forget that, you hear?" Then he left and never came back, never sent any word, and no one knew where he had gone or what might have happened to him. The New York Times reported a few days later, "Influential Wall Street Lawyer Disappears Without a Trace." They found traces, barely. He had flown from Los Angeles to Hong Kong and a stewardess remembered that he read a book of Pablo Nerudo's poetry on the flight. Later his passport was found near the Bangkok airport. There the traces stopped. Win is a common name in Burma, but still no one knew of her father's family.

Very recently her mother sent Julie a box of her father’s things and in it she found a thin airmail envelope with an address of Mi Mi in Kalaw, Burma. The letter was addressed to Mi Mi, a love letter, to Mi Mi, whose heartbeat he says he has not heard for about 15 years, to be exact, 140,736 hours. Julie decided that she must go to Kalaw and find out about her father and Mi Mi, and when she arrived, it seemed as if U Ba had been waiting for her arrival, to tell her his story of Tin Win.

We meet Tin Win as his mother gives birth to him, and when Tin Win is six years old his father is killed in an accident. Then his mother leaves Tin Win telling to wait for her, and never returns. Tin Win waits, never moving from the spot, sitting where he could see his mother approaching from a distance, but a week went by and he was still sitting in the same spot and nearly dead when a neighbor lady found him and nursed him back to health. Later Tin Win loses his sight. Life continues to deal him a harsh hand, and he manages to thrive in spite of it. As Julie listens, she cannot believe this is her father's story and thinks U Ba is making this up. "Where's your evidence? If at any time in his life my father had been blind, don't you think that we, his family, would have heard about it? He would have told us." (Page 88) U Ba asks if she's certain and she knows she is not.

Tin Win became blind and could only distinguish light from dark. Then one day he was walking when he heard an unusual sound, a light thumping sound, and stopped in his tracks, asking if anyone were there. A voice came to him from the ground. It was Mi Mi. Upon closer approach to Mi Mi he discovered it was the sound of her heart beat that he had been hearing. When Mi Mi left, Tin Win discovered that she was crawling on all fours. A boy who couldn't see had met a girl who couldn't walk.One day they were together and Tin Win heard a light drumming and with Mi Mi’s help he discovered he was hearing the sound of an unhatched chick’s heart beating. Soon they became constant companions, she became Tin Win’s eyes and he became Mi Mi’s feet and legs, carrying her to places she had never been, could never go but for him. She began to feel something she had never before felt in her life, that she was needed.

[page 85] Tirelessly he carried her through the village and across the fields, up the mountains and back down again. He carried her in the scorching midday heat and in the most torrential downpours. On his back, in his company, the limits of her small world evaporated. They roamed and roamed, making up for all those years when her horizon had been the garden fence.
During the monsoon months, on days that threatened to sink them into the mud, they'd stay in the monastery and take refuge in Tin Win's books. His fingers flew over the pages, and now it was his turn to conjure images before her eyes. He read aloud, she lay beside him and surrendered to his voice, irresistible as it was. She toured with Tin Win from one continent to the next. She, who on her own feet would not have made it to the next village, circled the globe. He carried her up the gangways of ocean liners, from one deck to the next, all the way to the captain's bridge. On arrival in the ports of Colombo, Calcutta, Port Said, or Marseilles it rained confetti and the ship's band played. He carried her through Hyde park, and they turned heads in Piccadilly Circus. In New York they were nearly struck by a car, Tin Win insisted, because Mi Mi was always looking up instead of concentrating on the traffic and on guiding him through the canyon-like streets. She was no burden. She was needed.

Julie doubts her father's love for her because he left her. U Ba rebuffs her doubt saying, "Love has so many different faces that our imagination is not prepared to see them all." "Why?" Julie asks, and he answers:

[page 243] "Because we see only what we already know. We project our own capacities — for good as well as evil — onto the other person. Then we acknowledge as love primarily those things that correspond to our own image thereof. We wish to be loved as we ourselves would love. Any other way makes us uncomfortable. We respond with doubt and suspicion. We misinterpret the signs. We do not understand the language. We accuse. We assert that the other person does not love us. But perhaps he merely loves us in some idiosyncratic way that we fail to recognize."

You never know until you find out(2). One cannot expect to know all the answers; a good question is worth more than a hundred answers. Holding an unanswered question is often the only way one can arrive at the knowing which otherwise seems so elusive. The answer will come in its own time, but only if we hold the unanswered question. Julie's unanswered questions kept her listening to U Ba. She said to herself that she didn't understand him, but she trusted him.

Win Tin's rich uncle sent for him to come to Rangoon. He had to say goodbye to Mi Mi and it nearly broke his heart and hers. But he left and an operation removed his cataracts and allowed him to see. But he never lost his ability to hear heartbeats. As he walked from the English to the Chinese to the Indian quarters of the large city, he saw, smelled, and bumped into all kinds of people, and listened to their hearts."Hearts sound different from person to person, betraying age or youth, joy, sorrow, fear, or courage, but that was all." (Page 268) He discovered that hearts betray no nationalities, no boundaries, no ethnic differences.

Julie Win listens to U Ba's story, not knowing what to expect. If her father could see again, he could have gone to the university, could have become a famous lawyer, and could have given birth to her, but what could have possessed him to suddenly leave her at four years old and return to Burma? And how could U Ba have known all of this story? We will never know until we find out, and when we finally receive that knowledge, we will be sad, not for Julie, but for ourselves because the wonderful story of Mi Mi and Win Tin will have drawn to a close, just like the bedtime story of the Prince, the Princess, and the Crocodile that her father told her almost every night, the one her mother didn't like because it didn't have a happy ending, but her father knew that it did. We can side with the father if we wish, as Julie will undoubtedly do, when U Ba's story of Tin Win and Mi Mi disappears like intertwined curls of smoke rising into the sky.

Footnote 1. My poem, On the Wings of Words, expresses exactly this sentiment, that thoughts can take wings and fly into another person on the wings of words.

Footnote 2. This is Matherne's Rule No. 2. For further details Click Here.