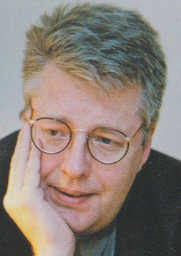 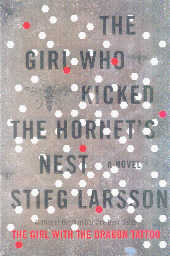 The Girl Who Kicked the Hornet's Nest
A Novel


by
Stieg Larsson
Translation from Swedish by Reg Keeland
ARJ2 Chapter: Reading for Enjoyment
Published by Viking/CA in 2009
A Book Review by Bobby Matherne ©2010

Six months earlier on a quiet night in our beachfront cabin, I dialed up an Instant Play movie by the intriguing title, "The Girl with the Dragon Tattoo", unaware of the existence of a novel by that name. As the movie played out on the small laptop screen, I sat there transfixed by the incredible flux of events and images. There were sparks in the air that night sizzling around my laptop in the darkened room. I had become a fan of Stieg Larsson's novels without knowing they existed. No Swedish movie since Bergman's "Seventh Seal" had gripped me like this one. When the second movie of the trilogy played at a local single-screen movie house, the Prytania Theater, we immediately went to see "The Girl Who Played with Fire", and had the same electrifying reaction, only this time played out on a large screen. It ended with Lisbet Salander being shot in the hip, in the shoulder, and in the head and then buried in a grave. She survived the night, dug her way out of the shallow grave, smashed her murderous father in the head with an axe, shot at her Frankensteinian monster of a brother, scaring him away, and was bloody, dirty, and barely alive when Mikael Blomkvist found her and ordered a Medivac helicopter for her.

Whew! Well, I wasn't going to wait for the third movie to come out. A movie lasts about two hours, but a book can last for several days, with hours of reading each day. Plus: the names of the characters and places are much clearer in a book, and large parts of this 560 page book will likely have to be cut for the movie. For example, will the wonderful side plot make it? Of how Lisbet, isolated and locked in a hospital room, hardly able to move without intense pain, was able to help Erika Berger to identify the Poison Pen emailer who also threw a brick through her window and stole sensitive videos, photographs, and computer information from her home. This was a side plot, which took place during the amazing untangling of the multiple main storylines: Would Lisbet survive the brain operation to remove the lodged bullet? Would she be sent back to an insane asylum? Would her severely injured father two doors down in the hospital maneuver himself on crutches and succeed in killing her this time? Would she be sent to jail for hitting her father Zalachenko with an axe? Or for putting a bullet hole through the foot of the biker dude sent to kill her? Would the ultra-secret Section manage to stop Blomkvist from publishing the secrets he retrieved? Would Blomkvist's Millennium magazine survive the loss of its Editor in Chief Berger to head SMP -- the top newspaper in Stockholm? Could Blomkvist marshal Lisbet's help, locked in hospital with no visitors except her lawyer allowed? And the biggest question of all, how to get the SIS, the CIA of Sweden, to investigate the Section, a part of itself which no one in the current SIS knows exists, all the way up to the Prime Minister himself.

With all these pieces moving around Stockholm, Blomkvist spying on the Zalachenko club, the club spying on him, he spying on the government prosecutor and the police force spying on him, and Lisbet Salander's hacker family spying on all of them, the reader needs to juggle about seven different plot-lines all through to the end of the book. It's like an aerobic reading exercise! Several times I found myself getting out of bed unable to fall asleep at my usual bed time and reading this book for two-and-a-half hours.

Now you know all about it before you start reading, but all very general without what actually happens. How about a few tastes of the delicious jambalaya of action, humor, and insight served up by Stieg Larsson in this book?

Lisbet had her share of bad doctors while in the insane asylum as a young teenager, but Dr. Jonasson, who operated on her three bullet wounds and treated her subsequently in the hospital, was the best doctor she could have hoped for.

[page 7] Jonasson had a view of medicine that was at times unorthodox. He thought doctors often drew conclusions that they could not substantiate. This meant that they gave up far too easily; alternatively, they spent too much time at the acute stage trying to work out exactly what was wrong with the patient so as to decide on the right treatment. This was correct procedure, of course. The problem was that the patient was in danger of dying while the doctor was still doing his thinking.

Mikael Blomkvist was a journalist, but he knew enough about computers to figure out how he could get Lisbet on-line while she was locked up in the hospital and could only communicate through her lawyer. I suppose he asked himself what would Lisbet Salander do if I were locked in a hospital room. He arranged for a janitor to place a Bluetooth cell phone into the vent of her adjacent room, turned on and with refreshed batteries. Then he suggested to Dr. Jonasson that he pass Lisbet's handheld computer to her in her hospital room. By connecting to the cell phone, Lisbet gained access to her hacker family who aided her in spying on Blomkvist and on the spies spying on Blomkvist. It was Spy vs Spy vs Spy, and even more.

Zalachenko was a master spy, defected to Sweden from Russia, and he quickly discovered which hospital room his daughter, target of his anger, was in. He asked a nurse about Lisbet's condition and she merely said, "Stable", but glanced in the direction of Lisbet's room, which tipped off Zala and put Lisbet in mortal danger.

Here's the police investigator Bublanski explaining some of the problems of the situation to a colleague, early in the novel when little was known of the national security implications of the case:

[page 72] "First, the investigation carried out in 1991 that led to Lisbeth Salander's being locked away was illegal. Second, Zalachenko's activities since then have nothing whatsoever to do with national security. Zalachenko is an ordinary gangster who's probably mixed up in several murders and other criminal activities. And third, there is not doubt that Lisbeth was shot and buried alive on his property in Gosseberga."

When Blomkvist explained the situation to Lisbeth's former boss and other associates at Milton Security, he conjured up a vision of an association similar to the Round Table, TKOTIT :

[page 119] Blomkvist stood at Armansky's whiteboard and picked up a markter. He looked around. This is probably the craziest thing I've ever been involved with," he said. "When this is all over I'm going to found an association called the "The Knights of the Idiotic Table,' and its purpose will be to arrange an annual dinner where we tell stories about Lisbeth Salander. You're all members."

When Erika Berger leaves Millennium to become head of the large city newspaper, SMP, Blomkvist discovers an incredible dilemma, Millennium is about to expose Berger's new boss, CEO of SMP as a sleazeball dealing in products of Vietnamese child labor.

[page 261, 262] "It's a hell of a dilemma," Blomkvist said.
"Erika hasn't completely left Millennium," Malm said. "She owns 30 percent and sits on our board. In fact, she's chairman of the board until we can elect Harriet Vanger at the next board meeting, and that won't be until August. Plus, Erika's work at SMP and you're about to expose her boss."

Since the evil and malicious collaborator with the Section, Dr. Teleborian, knew already what he was going to write before his psychiatric interview and appraisal of Salander, he had already written it, and Salander's hackers had located it on his computer and sent it to Blomkvist. This is one of the funniest scenes in the book. The scene is Blomkvist's spy group meeting around a table.

[page 381, 382] They sat in silence around the conference table for a moment.
"So," Edklinth said at last. "Teleborian meets with the Section and then goes directly to see Prosecutor Ekström. I'd give a lot of money to find out what they talked about."
"Or you could just ask me," Blomkvist said.
"Edklinth and Figuerola looked at him.
"They met to finalize their strategy for nailing Salander at her trial."
Figuerola gave him a look. Then she nodded slowly.
"That's a guess," Edklinth said. "Unless you happen to have paranormal abilities."
It's no guess," said Mikael. "They met to discuss the forensic psychiatric report on Salander. Teleborian has just finished writing it."
"Nonsense. Salander hasn't even been examined."
Blomkvist shrugged and opened his laptop case. "That hasn't stopped Teleborian in the past. Here's the latest version. It's dated, as you can see, the week the trial is scheduled to begin."

Have you noticed that in many foreign language movies today there are often phrases spoken in English? If this happens in a English translation of a Swedish language book like this one, how does the translator denote that? Blomkvist is speaking a woman he may be falling in love with.

[page 425] "I won't make any promises. My marriage broke up because Erika and I couldn't keep away from each other," he said, and then he added in English, "Been there, done that, got the T-shirt."

This book, once you open it, straps you into a roller coaster which has awe-inspiring climbs to the top, steep drops which take your breath away, dizzying swoops, curves, switchbacks, and hairpin turns of plots. You may fall asleep while reading it from exhaustion, but books are great in that you can back up a few pages and pick up where you remember leaving off.

At Oak Ridge National Laboratory, where I worked several years as a physicist, there stories of WWII technicians playing a game with enriched uranium called "Grabbing the Dragon's Tail." They would place two globs of enriched uranium on a laboratory table and with long tongs, slowly move the globs closer together until a green glow appeared due to near approach of critical mass, then they would quickly separate the globs. One time a technician slipped and the green glow became a green flash and he was killed from a radiation overdose.

Once you begin reading these three books, beginning with "The Girl with the Dragon Tattoo", you will be grabbing the Dragon's tail and you will be so enthralled by the throbbing green glow, that you will not let go of the Dragon's Tail until you have reached the blank space at the end of this book and return to your circadian reality.