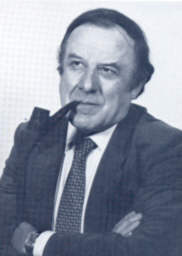 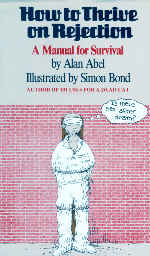 By the author of 100 Uses for a Dead Cat, this book is filled with hilarity and guffaw-provoking anecdotes from Abel's experience. Abel is not a humorist to be taken lightly [!] as the Helmsley Hotel discovered when they refused him the use of their rest room. He hauled a pretend outhouse in psychedelic colors to the front of the hotel and raised a storm of protests. To prevent anyone from actually trying to use it, he hired an opera singer to sit inside and if anyone knocked on the door, she was to break out into song. Sure enough a construction worker who needed a restroom in the worst way knocked persistently on the door and soon the strains of the diva inside singing Toreador at the top of her lungs were drifting over Park Avenue.

In another episode, Hugh Hefner tried to remove Abel's play Is There Sex After Death from his theater, ignoring Abel's contract to stay as long as the play was successful. Playboy Enterprises sent construction workers to begin noisy renovations to drive away patrons. Abel's response was to show up at the theater with four "killer" guard dogs that were going to attack anyone making the slightest noise. After Abel gave his spiel to the cowering construction workers, they all left the theater and were replaced by Playboy's lawyers. They were suddenly ready to negotiate terms favorable to Abel, who held in one hand the contract and the other the leash of the "killer" dogs.

Tom Snyder, still angered from the time Abel removed Tom's shoes and socks right before Tom began an introduction speech, wouldn't let Abel on his Tomorrow Show. Abel got on anyway disguised as Omar the Beggar, complete with bodyguard and actress Evelyn Jones pleading loudly as they entered NBC for Omar not to go on TV. Snyder never found out till much later about Abel's ruse.

Abel started the SINA (Society for Indecency to Naked Animals) with the premise that animals were indecent without clothes on. The BBC tried to trick him with an interview on the subject using a double-talk expert, but Abel answered the questions and deftly turned the interviewer into an interviewee by the end of the program. The BBC thought Abel never knew about their ruse - I wonder if the BBC reads books - they might learn something if they read this one.

So many of Abel's pranks were of his own devising, but sometimes he just stumbled onto the right move. Once while having lunch with a publisher who was informing him of the rejection of his new book, The Fallacy of Creative Thinking, Abel, trying to recover from a full year of wasted effort, decided to pick up the check for lunch. This was so unusual that the publisher decided to overrule his staff and publish the book anyway.