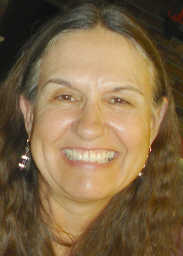 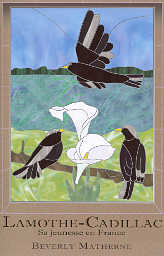 ARJ2 Chapter: Reading for Enjoyment
Published by Centenary College/LA in 2009
A Book Review by Bobby Matherne ©2009

The author has captured in thumbnail form the Catholic holidays and holy days which we in South Louisiana celebrate in a mostly unchanged way from the childhood of Lamothe-Cadillac in the time of King Louis XIV. The French culture goes much deeper than is apparent to the casual visitor or tourist to New Orleans who might only notice the street names like Burgundy, Chartres, Toulouse, Conti, and such, who might enjoy some French bread in the form of a Po-Boy sandwich, who might take a stroll or even a tour through the French Quarter whose buildings have changed little since the mid-1800s, some going back to pre-Revolutionary war days when New Orleans was part of the Spanish empire. But, Spanish, French, British or American, the culture of the local Catholics began and ended with French traditions, many of which endure unchanged today. Blessing of the candles and throats on February second, carrying palm branches to be blessed on Palm Sunday then hanging up the new palm in its honored place and burning the previous year's palm. Decorating the graveyard and tombstones with flowers and fresh coats of paint on All Soul's Day to be beautiful for All Saints' Day. To read this book is to read a plan for the perennial culture and celebrations of New Orleans from 350 years ago: the Mass of the Dead, The Yule Log, Midnight Mass, Christmas Day, Blessing of the Candles, Carnival, Palm Sunday, Holy Thursday, Good Friday, Holy Saturday, and Easter. The Yule Log is the only tradition not wide-spread in New Orleans, no doubt because of its sub-tropical climate.

If any reader of this book thinks that the city of Detroit with its General Motors Corporation founded the name Cadillac, let me clear up any confusion. It was the other way around: Lamothe-Cadillac founded the city of Detroit. The author, in keeping with the subtitle, "His Young Life in France", only follows Cadillac up to his entry into Port Royal, the capital of Acadia and the later point of entry for so many of his countrymen with their families who still today proudly carry the name of their ancestors' first home in America: Acadians, or Cajuns for short.

At age thirty-five, I did not know that I was a Cajun. I was just a kid who grew up across the river from New Orleans, whose grandparents spoke a little French to each other but not to me. Matherne did not seem to be a French name at all, so I assumed I was somehow not Cajun, but I did not know how, and so I never thought of my heritage nor did I have any feeling for it Ś till one fateful day when I stood on the green grass of Grand Pre and looked around at the fertile lands my French ancestors had impounded from the Bay of Fundy, a short distance north of the fortress of Port Royal. We had earlier that morning visited the fortress founded in 1605 and I read on the ship manifest familiar Babin names of Charles and Marie and others. Clearly my Babin grandparents were descended from French people who created a permanent settlement on the shores of America fifteen years before the Mayflower landed a couple of hundred miles to the south in Plymouth. No one had told me that before. So it was with the memory of that ship manifest in my mind, that I looked around at the lush green lands of Grand Pre, punctuated only by the little chapel, the church of St. Charles where the Acadian men were imprisoned prior to being extirpated from their homeland, and a feeling flowed up from depths of my soul, tears filled my eyes, and I knew in no uncertain terms that I was a Cajun.   . . .     Here I was standing on a foreign soil that was yet so familiar that I was choked-up, awe-struck, and speechless. Little did I realize that I was still subject to arrest by the Canadian authorities as an Acadian descendant because of a law excluding us from this area. Ś A law passed after the forced exportation of the Acadian families from Acadia(1) Ś a law to further the British government's intent to turn this Acadian land, sacred to my ancestors for over a hundred and fifty years, into convenient farms for Scottish farmers in an expanse to be re-named New Scotland or Nova Scotia. Not unexpectedly, the settlers had no idea how to maintain the polders (dike-land), and soon the sea began reclaiming its territory Ś the Scots had to call back some Acadians to show them how to keep the sea at bay.

The year was 1658 when Antoine Lamothe-Cadillac first makes his appearance in the world. (Note that the French and English verses are on facing pages.)

[page 13] A breeze carries the aroma of plums crushed under horses' hooves and carts in the narrow streets of Saint-Nicolas. There, Baby Antoine cries in his mother's arms, barely catching his breath. Only four months and already willful.

Jeanne nurses him and sings like a songbird. The little one grows quiet. She lowers him into his crib, poised on its oak pedestal at the foot of the conjugal bed, white chemise accentuating his olive complexion and red cheeks.

Outside, in the vineyards, small grapes are forming on the vine.

Soon, Antoine grows into a young man and is eager to explore the Spice Islands, perchance, as we discover in Prose Poem 30.

Antoine has completed his advanced studies in Montauban.

Home again, he harvests wheat with the aide of his old scythe, his sweat-soaked chemise clinging to his taut body. Young women smile when they see him, mesmerized by his dark, luxuriant hair, his green eyes, his powerful jaw.

Evenings, at his window, Antoine sighs as frogs sound their rhythms. Desire takes him before bottles of Armagnac in his father's cellar. There, he learns how to unlace corsets, explore petticoats, discover fragrant shores.

I could not resist including one of the several stories or fables which parents told children in Lamothe-Cadillac's youth. This one is from "The Yule Log" and was told to Antoine to put him at ease about running into demons or spirits when returning home late from Midnight Mass.

One day, twelve children were to going to catechism. At the edge of the meadow, they met a pretty little pony. She seemed so gentle that one of the children decided to climb onto her back.

Then another mounted. . . and then another one . . . and yet another. The pony lengthened her back to make room, until all the children were seated.

Ś Do you know where she was taking them? Antoine's father asks . . . >

Ś Well, he continues, the pony was going to the Garonne River . . . to drown them all!

But one of the children crossed himself, and, with the sign of the cross, the animal disappeared like magic. All the children were saved.

When one does the sign of the cross, one reminds oneself of God the Father who created us all, Jesus Christ the son who gave His life that we might have eternal life, and the Holy Spirit whom He left behind to be our ever-present help in need. A lot of wisdom in their father and a story which will help Antoine as he grows up and confronts the demons and spirits in the forests of Acadia and the rest of the New World.

Footnote 1. Thanks to the courageous efforts of Warren Perrin, this law has been rescinded and a apology from the Queen of England was issued to all Acadians and their descendants. His book, Acadian Redemption, details the saga of the diaspora of the Acadians and the Queen's Proclamation. It will be available soon in French translation.