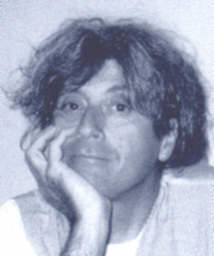 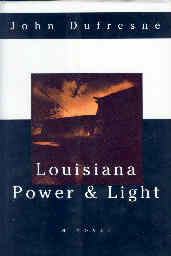 It was hard to resist reading a book whose title is the name of a company I worked 14 years for. A pleasant day's reading during a beach holiday. Not that the Fontana family had many things pleasant happen to them, especially our hero, Billy Wayne, who seems determined that the Fontana name end with him. But they were rather interesting things. The omniscient narrator introduces himself in the first sentence. How did he know I was in Orange Beach, Alabama?

[page 1] You're there, and here we are in Monroe, Louisiana, City of Steady Habits, Crossroads of Pipelines, Corrugated Paper Capital of the North Delta Parishes, elevation 65 feet, population 56,500. And you, where you are, and we here, are all of us situated about halfway between stars and atoms, gazing first toward the ones, then the others, and every once in a while, closing our eyes and looking within.

Monroe lies on the other end of the state which I was born and live in, but it was hard to tell from the novel because he used names of people, business places, and things that were very familiar to me: Bordelon, K&B, Jim Bean, Royal Crown Cola, and LP&L, among other things. Grand Isle oysters, now that was a new one on me. I know the place, but it is a barrier island in the Gulf and any oysters consumed there must brought into it -- there is no brand of oysters named after Grand Isle, so far as I know. Maybe in Monroe there is. I know little about Monroe, and didn't learn much about it in this novel.

The phrase about "closing our eyes and looking within" seems to set the tone of the book -- the narrator does that for the extent of the book, seemingly to answer Shug's question in the Great Books Club meeting, "It's like tree falling in the forest. . . . Is there a past if there is no one here to remember it?"

The plot of the book hovers around this statement by one of the characters in the book:

[page 70] Hotson said, "Man scratches someone with an oyster knife, and the court won't set bail. Another man kills his wife, and he's out with his girlfriend at a motel . . ."

If you can't figure out how that's possible, it's possible you haven't been in Louisiana long enough, and I mean Long enough! The man who killed his wife wasn't a Long, but you get the idea -- if you're in politics, you decide what the truth is and who goes to jail and who goes scot free. That's the Louisiana portrayed by Dufresne, whose views of Louisiana is about up-to-date as the title of his book -- Louisiana Power & Light has been replaced for over 12 years by Entergy Corporation.

He seems to enjoy painting the current state of Louisiana with the outmoded brushes of the past. Note how cleverly he brings up the name of a pariah of an organization without ever mentioning its full name or even its infamous three syllable acronym. I hadn't heard of this origin story, but after all, this is fiction. Here's a story about one of the original Fontanas, Peregrine.

[page 41] Peregrine's firstborn by twenty-one minutes, fashioned for each of the original twenty-five pilgrims a cucullus, a kind of conical hood designed to keep off the soaking rains, to cool the head, and we like to think, to invest the wearer with a druidic mystique. . . . What is not verifiable, however, is that one retired CSA Major General Nathan Bedford Forrest adopted the cowl for his brotherhood of vigilantes, who then became known as the Cucullus Clan and then the you-know-what.

I couldn't help but reflect that perhaps the conical hood did not cool their heads nearly enough. Ole Peregrine gave birth to Winchester, a real son-of-a-gun, as this next story relates. Here we have the improbable case of a virgin birth, without sex, but with penetration.

[page 42] Dr. Tyson Bordelon, from the Memphis City Hospital, summoned to Richmond to care for Twyla Whatley, wrote the whole thing up in the Journal of Southern Medicine (vol. 20, no. 2, Fall 1864): A soft lead fragment from a chance bullet fired from a fifteen-shot Henry repeating rifle, discharged by a Union soldier, cause a tibial fragment in Mr. Fontana's left leg and then carried away his left testicle, carried it away from his groin and toward the abdomen of Miss Twyla W. where it penetrated the skin, the muscle, the membrane of her womb. In other words, Dr. Bordelon explained, and improbable as it might sound, spermatoza gained access to the uterus via the bullet. More peculiar still, the spent projectile was removed from the scrotum of the baby by Dr. Bordelon after birth.
What happened to Winchester, though, that's another story altogether, and we've got our sleeping couple to deal with.

With the long Fontana line of descendants starting off so improbably, it seemed fitting to have them come to an end in an equally improbably fashion, and thereupon hangs a whole bunch of other stories.