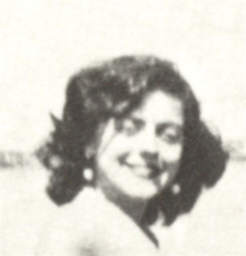 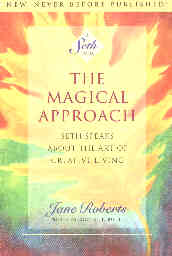 New books by deceased authors are rare and when it's by one's favorite author, it's a rare find. This new Seth book had been on the back burner since Jane Roberts' death in 1984, and was published finally last year, after her husband had completed several of their other unfinished projects.

This is the first Jane Roberts book that I have reviewed. I'd finished reading all the other seventeen of her books before I began starting writing reviews in 1987. The temptation is very great to try to compress all of my understanding of Jane's works over the years into this first review.

A word about the structure of Jane's books: when she writes a book whose content is transcribed from Seth sessions, the book says prominently on the cover A Seth Book. This book is a Seth book. In addition to Seth's words, Seth books are filled with notes written by Robert Butts, Jane's husband who also takes the session down in shorthand and transcribes them later. Occasionally he includes some written materials from Jane herself if it is pertinent to the subject. These notes are invaluable to serious readers of Seth books because they refer to other Seth sessions and background material concerning Jane and Robert. As the sessions recorded in this book were taking place, Jane and Robert were finishing up two books, The God of Jane and The Individual and the Nature of Mass Events. There are several reference to Mass Events in the notes.

In the sessions in this book Seth seems to be talking directly to Jane and Robert, much more so than in earlier books, as I recall. During the time of the sessions Jane's physical problems had made it difficult for her to walk more than one or two steps at a time. Seth offers up the "magical approach" as a means of helping them both to overcome their assembly line approach to creativity, which approach Seth calls "the mindless repetition of one act after another." That is a very good definition of what Milan Kundera calls kitsch in the world of art and literature.

Creativity has its own kind of time, a free-flowing time in which past, present, and future co-exist like in a dream where we can "rummage through the days of the future to find precisely the data required to make a specific point." Seth contrasts this magical approach with the rational approach which says "that to solve a problem you worry about it."

The magical approach is a creative approach to life, but Seth stresses that it is not fiction, but rather a means of "dealing with a larger version of fact from which the world of fact emerges."

Seth cautions that one who sidesteps the "scientific hardbed reality" runs the risk of being labeled "irrational, fanatic, mad." On page 15 Seth says:

Through dreams and synchronistic events Seth is able to show that the rational world view, far from being a "bulwark of safety" is rather a "barrier to the full use of the intellect, and of the intuitions". In one dream Robert Butts dreams that a neighbor's dog Gus walked easily through the solid glass of the storm door to get the food he had for him. Robert leaned down and put his own arms through the magically diaphanous glass to pet the dog. This is reminiscent of earlier Seth sessions in which he talks about the fluid nature of the physical world held together by our beliefs. In Illusions Richard Bach, who wrote his major works after several personal sessions with Seth, has his hero swimming in solid ground that had turned fluid when he changed his belief about what was possible.

In another powerful analogy Seth compares the individual's reasoning mind to a coercive government. When the government reduces the freedom of expression of its people, the oppressed people may revolt. When the rational beliefs of an individual restricts the freedom of the body, the body cells will revolt. One can see that the presence of riots and social unrest on a cultural scale is analogous to accidents and disease on an individual scale. In each case the strictures of the reasoning mind are overcome and what seemed impossible hours or days before becomes a natural consequence of the recovery from the unrest.

Here are two simple examples from the cultural and individual scales. The government pulls out of a disastrous war because of the large number of public protests and unrest. The individual gets much needed bed rest because of a bout with the flu. In both cases a healing takes place in a way that the rational powers in control had previously discounted as impossible.

This is a great book to begin one's introduction to Seth. Undoubtedly Seth's suggestions will raise more questions than he answers, but if you find his magical approach suggestive of better ways of coping with your life, you will be led to rummage through Seth's other books to satisfy even your rational mind as to the validity of The Magical Approach.