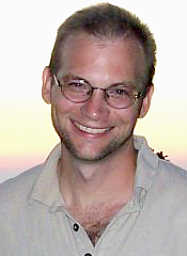 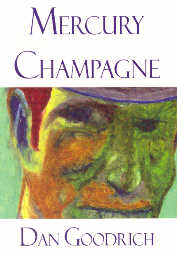 This novel is a cross between the movie "Being John Malkovich" and the book, "Teachings of Don Juan" — or maybe "On the Road" by Don Crazy-Ass combined with "Zen and the Art of Cigarette Smoking."

John Stanford wants a moment between moments from Ed Derringer — John drove him home when Ed was dead drunk the night before. Stanford says he is an Assurance Agent and his assurance that Ed will see him again is Ed’s wallet which he kept after driving him home.

Ed's life is crazy. He'd just lost his job and spent the night in a drunken stupor. His mother, Janet, is in a wheelchair and is going crazy. Janet watched her husband, Ed's father, drive into the water and drown. And now some Assurance Agent is pestering Ed with revelations like, "You are a sorcerer." But things are going to get much stranger for Ed very quickly. His perception explodes and people turn into floating eggs with web-like lines coming out of them, sometimes connecting to other people. Either he is still drunk or he has the worst hangover since Jack Daniel was known as Jackie in Lynchburg Elementary School.

[page 15] The egg was buzzing. Ed guessed that was simply how glowing eggs talked. Goo goo goo joob, Mrs. Robinson. Goo goo goo joob, Ed Derringer. The egg floated up out of the seat across from him and started bobbing towards the door. Ed couldn't see the door, there were only silver filaments filling his sight, and those he refused to look at for they pierced his eyes. He closed his eyes but could still see them. Web-lines from the mother of all spiders, perhaps. Iktome the spider god. He knew the egg was floating toward the door, the luminous threads told him so. Roll up; roll up for the Magical Mystery Tour! Step right this way!

Ed Derringer — as if he were shot out of a gun — disappears into the night and wakes up face down in freezing, black stagnant water, choking on it. This was not a good trip. He looks around in the moonlit darkness to find he is in a shallow ditch and there is snow everywhere and nothing else. Just a two-lane road alongside the ditch. He is on the road, but to where? There are no landmarks, no lights, just barren waste and no traffic signals to be seen on the road. He is freezing. He has on only the clothes he was wearing indoors in his apartment moments before when this precipitous trip snatched him away and dropped him in a ditch.

Well, dear Reader, you have the setup. Where is Ed, how is he going to get home, how is he going to find out where he is, and will he do either before he freezes to death? Or, since he's a sorcerer, will he be rescued by another sorcerer? Good guess — two sorcerers arrive in a Ford F-150 pickup truck with a camper behind it, a woman named Bone Kimbé and a man named Bum Bo. They give Ed clothes to wear, but he rejects the shoes which were the right size because he didn't want to put on someone's shoes without socks. Here's a man with his feet freezing and he doesn't want to get someone else's germs on his feet. But, in spite of everything, he still saw two headlights approaching him like death does and stuck out his thumb to hitch hide a ride, which is how he met the two sorcerers.

Bone and Bo had been following a sign which led to Ed. The sign? — a blood-gorged tick on the head of a huge moose which tore into their camp.

[page 33] And that sign said get up and move! That was four days from now. That's four yesterdays — we've got some catching up to do before we cross the scrim of dreams separating us from tomorrow.

Oh, what was that about death looking like two headlights? Bum Bo explains that to Ed, telling him that’s how you know Death is trailing you.

[page 46] "Because Death looks like a pair of headlights in your rearview mirror," Bo told him. Only difference between Death and a pair of actual headlights in your rearview mirror is that Death doesn't keep going when you pull over to let it pass. By the time you realize they're not going to pass, then it's too late. "Let the lamp affix its beam. The only emperor is the Emperor of Ice Cream."(1)

Bone explains to Ed that Death changes with the times — in the post-agrarian age, Death has dropped the Grim Reaper's scythe and shroud for something more modern. Ed is agog trying assimilate all that the odd couple of sorcerers, Bone Kimbé and Bum Bo, are telling him.

[page 48] "Man," Ed said massaging his forehead with his fingertips, "no cigarettes, no aspirin. Death is following me in a Toyota Camry. What else have I got to look forward?"

A lot, as it turns out, especially when the last of the four yesterdays becomes today. Until then Ed is stuck with the two weirdos, and after they abandon him, a man named Jack appears. He insists that Ed call him by his proper name, Jack Crazy-Ass. Ed’s two crazy rescuers, Bone and Bo, have disappeared claiming the twin headlights of Death were pursuing Ed. Later, Ed wakes up in the camper to the smell of cigarettes and whiskey. It’s Kerouac. That's right: Jack Kerouac shows up to go on the road with Ed. Jack doesn’t have any cigarettes, but soon helps Ed acquire some menthol cigarettes, and then insists that the only safe thing for Ed to do is to chain-smoke the cigarettes to keep the Weweshaw, the Dream People, away.

Jack shows Ed how to gather energy from the first rays of the Sun coming over the horizon. Ed becomes aware that this Crazy-Ass is Jack Kerouac who is becoming his teacher, like it or not. He tells Ed:

[page 117] "Terror and comedy exist hand in hand. Sometimes I call myself Jack Crazy-Ass. That is how I learned to hold on to the seriousness and comedy needed to exist within the Moment. One must be determined and serious, but one should not take oneself too seriously. I've forgotten much of who I once was. I remember some things, of course, but they are jumbled and crazy. They don't make much sense to me. In the end, I think that is what helps to keep me going." Jack took another nip from his flask.

Then John Stanford turns into Guillermo Corezone, burns down Ed's apartment, and brutally assaults Ed's sister and mother back in Michigan. He is waiting at Ed's mother's house for Ed to arrive. After all, Ed gave him his assurance and that is not something to be taken lightly, is it?

Suddenly Ed dreams of his father dying as his car goes underwater and the bubbles escaping from his mouth look like mercury champagne. Mercurial spiders appear to Ed from time to time. Jack tells Ed that Bone and Bo "dreamed about Mercury Champagne" but they don't know what it is. Jack tells Ed that it is the "quicksilver of Dreams" and they won't make it through the day if they don't find it. (Page 176)

Climbing over a wire fence in the frozen North, Ed severs his index and middle finger from his right hand, and keeps them in a bag. At one point, to stave off the attack of the Weweshaw, Ed throws his severed middle finger at one of them, hits her in the face, and she dies in a pool of Mercury Champagne. Ed shouts over to Kerouac, "Hey, Jack! Do you know I just killed a woman with one of my severed fingers?" And when he reaches down to touch Jack's shoulder, Jack dissolves away, leaving behind only a cloud of gray ashtray smoke plus a scent of apple pie and good bourbon.

Ed is alone again and heads for this mother's house where John Stanford, aka Guillermo Corezone, awaits patiently for his Moment with Ed. There will be no celebrating, but there will be Mercury Champagne, silver bubbles against the black night, the last exhalation before dying. What will the police find when they arrive after Ed's confrontation with Corezone? Will his mother and sister be alive? If Ed survives, will he be charged with burning down his apartment? Will Corezone dissolve in bubbles of Mercury Champagne or will he disappear to parts unknown?

The moment you open this book, you will begin to exist in the Moment and it won't let you go until the Moment you close the book on the last page. Sometimes it will be a Moment of terror, sometimes a Moment of comedy — you won't know which one to expect next — but it will come in the next Moment.

Footnote 1. From a Wallace Stevens poem.