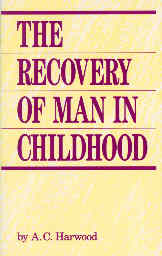 Someone coming fresh to the educational work of Rudolf Steiner might do well to ask if the Steiner and Waldorf Schools exist to propound the philosophy of its founder. The answer to this question is given unequivocally near the end of this book:

[page 203] It is not the aim of a Waldorf School to teach the children the philosophy of Rudolf Steiner or of anyone else: but it is definitely their aim to give pupils the greatest freedom of mind by acquainting them with all that the modern world has to offer.

In other words the Waldorf Schools help their students to learn the processes of Rudolf Steiner by which they may freely assimilate the contents of the world and its many sciences, religions, and philosophies. The schools endeavor to instil wonder in their charges: "that faculty which the Greeks said was the beginning of philosophy." [page 76] Since philos means love and sophia means knowledge, one might say that:

Wonder is the Love of Knowledge.

The reader can see how different this is from the approach of so many other schools which seem ever engaged in removing the natural, childlike wonder by explaining the way the world works to their students. Harwood gives examples of how the lessons proceed in physics, chemistry, arithmetic, geography, art, and literature in Waldorf Schools. Here's an example of how the process of a book report would proceed:

[page 148, 149] It is far better to ask the children to use their imagination in carrying the book further, or developing a scene the author has left undescribed. If the author described the scene in the summer, can they describe it in the winter? What will the young hero be like as an old man? What did the Wedding Guest in the Ancient Mariner tell his friends as they came home from the wedding?

Such questions draw the children into the mood of the book and deepen their sense of awe and wonder. Harwood tells us, "To criticize and condense," as most book reports do, "is to withdraw." How important is it to foster these natural growth forces in childhood? Harwood points out on page 58 that the lack of such forces may lead to hardening of the arteries or other unnatural growth processes such as cancer in old age.

One can only come to see how such things may occur by recognizing, as Rudolf Steiner did, that "the whole human body, and not the brain alone, is a vehicle of consciousness." The brain anchors the upper end of the nervous system, encased in a skull that first began as an enlarged vertebra on the top of the spine. The brain and nervous system comprise one of the threefold systems of the human being, the thinking portion. The digestive or metabolic system with its associated organs comprise the will portion. The feeling portion or rhythmic system fills the region between the head and the digestive system. It contains the heart and lungs which are the central organs of respiratory and circulation.

With the knowledge of this threefold system, one is ready to build an understanding of the growth processes of the human body through childhood. The child experiences itself growing downward from the head (which is almost full-size at five-years-old) and awakening upward from the periphery of its body or its limbs. At the age of seven years the head has reached full-size and new teeth grow to fill the larger head. At age fourteen the pulse slows its frantic childhood pace till it reaches 72, the normal adult pulse rate. These growth processes occur in every human, and the Waldorf Schools are designed to provide activities to the growing child that fit in with its current stage of growth.

The reader may wonder, as I did at first, how Waldorf teachers can know what stage of growth a particular child is going through, and to keep track of those stages for each child in their charge. A Waldorf teacher, contrary to other teachers that get entirely new students every year, moves with his class for the first eight years of school. In addition to becoming intimately familiar with the needs and growth stages of each child, the teacher grows in the child's eyes as a figure of respect, which eases the task of discipline.

[page 85] Discipline then arises through the natural acceptance of the authority of one individual. For children a man is a reality: rules are not.
Stimulated by sustained wonder, provided with activities matched to their natural growth readiness, and in the presence of a discipline fostered by the personal presence of the teacher instead of abstract rules, a child can enjoy the process of learning while in school and enter adulthood filled with a desire to continue learning as a lifelong activity. As Harwood says:

[page 97] The art of teaching is to make the enjoyed moment serve the whole of life.