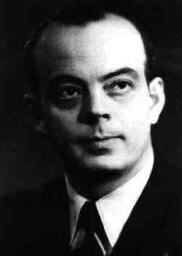 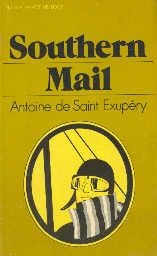 Translated by Curtis Cate
Published by HarcourtBraceJovanovich/NY in 1929

A Book Review by Bobby Matherne ©2008

The first paragraph gives us the setting.

[page 3] A sky as pure as water bathed the stars and brought them out. And then night fell. Dune by dune the Sahara unfolded itself beneath the moon. Its light, falling on our foreheads with the pallor of a lamp which blends the softened forms, enveloped every object in its velvet sheen. Under our soundless footsteps the sand had the richness of a carpet. And a bare-headed we walked, freed of the cruel weight of the sun. In that dwelling place — the night . . .

This paragraph gives us the isolation . . .

[page 4] Captives of the Moors and of ourselves, we seldom ventured more than five hundred yards, there where the lawless wilderness began. Our nearest neighbors, at Cisneros and Port-Etienne, were five to six hundred miles away, also trapped by the Sahara, like flies in amber. We knew them by their surnames and their foibles, but between us there lay a silence as thick as interplanetary space.

Bernis, the pilot, is the hero of this tale and as he takes off from the airport in Toulouse, we are given a pilot's eye glimpse of the landscape.

[page 8] The trees bordering the landing field uncover the horizon as they slip from sight. From six hundred feet up it is still an inhabited earth one gazes down upon — toy sheepfolds with painted houses and trees standing extraordinarily erect, and woods that shield their furry thickness.

Bernis begins to dream as the coast of Africa lies ahead of him by sundown. Between flights of descriptive fancy, we are treated by the author to deep philosophical reveries.

[page 9] "I am only a workman, delivering the African mail," he thinks. "Each day, for the workman who begins to build a world, the world begins."

He reaches his first destination and suddenly the pilot's serene world shifts from cruise control into high gear.

[page 16] Now close, like a torrent under a bridge, the earth begins its mad acceleration. The ordered world becomes a landslide, as houses and villages are torn from the smooth horizon and swept away behind him. The landing strip of Alicante rises, tilts, then steadies into place. The wheels graze and then grind into it as on a whetstone.

He gets back into his plane and heads for Africa. Again we are flying wing man to Saint-Exupéry who is narrating his intoxicating blend of description and gentle philosophy.

[page 20] Night will fall as he overflies Gibraltar. A slow bank to the left — towards Tangier — will wrench Bernis from Europe, drifting off behind him like a gigantic ice-floe. A few more towns, nourished on brown earth, and then it will be Africa. A few more towns, in their bed of dark loam, and then it will be the Sahara. Bernis tonight will witness the laying asleep of the earth.

When Saint-Exupéry goes back in time a couple of months to narrate Bernis's arrival back home in Paris, he uncovers a paradox that is very familiar to me. Each time I returned home from college to the small rural town in which my family lived, I didn't want anything to have changed in the long semester that I had been away. And then when I arrived, I felt very bored when I discovered that, in fact, nothing had changed.

[page 24, 25] "And here's everything just the same . . ."
He had been afraid of finding things different, and now it pained him to find them so unchanged. The prospect of meeting people, of looking up old friends left him vaguely bored. From a distance fancy is free to roam. The tender friendships one gives up, on parting, leave their bite on the heart, but also a curious feeling of a treasure somewhere buried.

And what one muses on from a distance, one never finds when one arrive back among those same people. Instead of having missed you, they seem surprised to find that you had gone. After all, they had not gone anywhere. Boring . . . or as Bernis exclaims, "And I've come back to this!" Soon one wishes to be gone once more. The reverie was much more fun than the reality. One wants to return to the land of reverie.
His girl friend in Paris, Geneviève, reminisces about her house in the country and again we take flight with Saint-Exupéry's prose as the wind beneath our wings.

[page 53] On her way out she would whistle to her dogs. The dead leaves crackled underfoot; but winter having undertaken this extensive pruning, she knew that spring would replenish the empty warp, climb the branches, burst open the buds, and renew those green vaults which have the depth and movement of deep waters.

And on one page I stumbled upon a paragraph which fits the form of a "found poem." I will take it without changing a word, restructure it as a poem and present it for your enjoyment. The full poem extends four full paragraphs more, but this will give you a taste of Saint-Exupéry's art.

I deliver you from your science,
your formulas,
your laws,
from that bondage of the spirit,
from that determinism which is more obdurate than fate.

I am the cleft in the armor-plating.
I am the loophole in the prison.
I am the error in the calculation.
I am life."

Here was a man who understood the desert and the people who lived out their lives there. Here is a short sketch of Cape Juby where Saint-Exupéry was stationed while he was in the Sahara.

[page 86] Dawn at Cape Juby raised the curtain, to reveal a stage which seemed to me empty. Scenery without shade or perspective. This never-moving dune, this Spanish fort, this desert. Missing was that faint movement which, even in calm weather, is the joy of prairie-lands and seas. The camel-riding nomads could see the texture of the sand change with the slow pace of their caravans; each evening they could pitch their tents on virgin soil. I too could have felt this immensity of the desert had I but been able to move; but the immutable landscape in front of me was as mind-numbing as a color print.

Bernis gets off the train outside Toulouse and wanders into an estate where his beloved Geneviève was staying. It seems empty so he looks around slowly and then hears some muffled footsteps. Out of nowhere the author steps in to convert centuries into waves upon the seashore.

[page 99] He heard footsteps again. "They must be dusting the knick-knacks, behind their glass panels. Each century, as it ebbs, leaves its sea-shells behind it."

In the air again with Bernis heading to Port-Etienne, Saint-Exupéry converts space into time. He is traveling in a dimension of sight and sand.

[page 104, 105] Hugged by the wind, the plane droned on. Port-Etienne, the first port-of-call, was not inscribed in space but time. Bernis glanced at his watch. Still six hours of immobility and silence, and then he would climb down from the plane, as from a chrysalis, into a brand-new world.
Bernis gazed at the watch which made this miracle possible. Then he looked at the motionless needle of his r. p. m. gauge. If the needle quit its dial figure, if the engine broke down and yield him up to the mercy of the sand, then these times and distances would take on a new meaning he now could scarcely imagine. He was traveling in the fourth dimension.

Bernis flies on, his propeller like the slashing sword of a fierce warrior cutting through his enemies.

[page 106] That cape, and then that gulf have at last given way to neutral territories, vanquished by the unwearying propeller. Yet each point of ground ahead is charged with mysterious menace. Still six hundred miles — to be pulled toward one like a blanket.

Where are you flying this starry, starry night, Saint-Exupéry? What furry landscape are you pulling toward you to cover you warmly for the flight? Will you be sleeping on the mattress in your hovel at Cape Juby tonight? Or will your propeller quit, and will you sleep on mattresses of air mail sacks on the sands below? Truly you are in the land of reverie now, never more to return to boring places, but only to move ever onward, second star to the left.

Footnote 1. These details are given by Stacy Schiff on page 17 of her excellent 1994 biography, Saint-Exupéry.