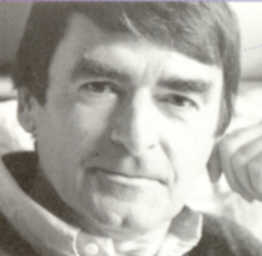 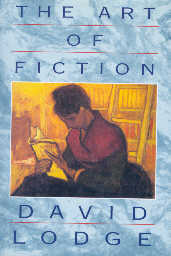 The Art of Fiction
by
David Lodge

After reading this collection of Lodge's articles about fiction, my writing can no longer be the same. I offer as evidence the review of The Star Café that I just finished moments ago. In the short review I write about my reactions to a word she uses, I criticize my own use of two phrases, "But I digress" and "during the last century" and then go on to use them repeatedly, neither of which I might have felt comfortable with doing, had I not read Lodge's cogent descriptions of the writing styles of the authors he covers in his essays. In writing the review of Capronegro's book, I used her style of writing to end the review. "Extraordinary at times: the coffee at The Star Café." Now I'm using Lodge process for talking about writing styles, so far as I am able to mimic him. Imitation is rightly understood the sincerest form of flattery because humans when giving speech to flattery always seem to fall short of sincerity. Better left unsaid: flattery - as Capronegro might say.

How I came to read this book was from a recommendation by Barry Fosberg in a graduate course I was taking with him. He told me about this book of newspaper articles on fiction writing styles of such authors as Joseph Conrad, Jane Austen, Henry James, Thomas Hardy, and Milan Kundera. I was about to tune him out when he reached Hardy, but when he said Kundera, I asked if I might see the book. After looking at his copy, I bought my own and read it to completion.

There are fifty essays in all, covering the weeks in 1991 and 1992 that he "delighted readers of the Independent and The Washington Post Book World with a weekly dose of fictional styles for all seasons. Each essay began with one or two quotes from a famous author and a theme to be covered. Let's take Jane Austen who appears more than any other author according to my impromptu count in the Table of Contents. An excerpt from her writing appears in 1. Beginning, in 18. Weather, and in 50. Ending. That's writing style from beginning to end with a little weather in the middle all provided by Jane Austen, the first female weather reporter.

[page 84 contains this excerpt from Jane Austen's Emma as the heading for 18. Weather] The evening of this day was very long, and melancholy, at Hartfield. The weather added what it could of gloom. A cold stormy rain set in, and nothing of July appeared but in the trees and shrubs, which the wind was despoiling, and the length of the day, which only made such cruel sights the longer visible.

[page 85 Lodge's comments] We all know that the weather affects our moods. The novelist is in the happy position of being able to invent whatever weather is appropriate to the mood he or she wants to evoke.

Matherne's comments: so is life. In case some of you, dear Readers, haven't noticed, the weather mirrors the feeling sense of life - it is like a dance which we each do and the weather is our dancing partner. The music we dance to is the world of feelings. If it were not so why would we move from someplace that is too dreary for us? Because we wish to dance to a different tune. When we find a weather that suits us, we get our shoes re-soled because we know it's going to be a long dance in this ballroom. And when the dawn's light breaks through the high windows, we know the long night dancing is nearly done.

[page 223 page 84 contains this excerpt from Jane Austen's Northanger Abbey as the heading for 50. Ending] The anxiety, which in this state of their attachment must be the portion of Henry and Catherine, and of all who loved either, as to its final event, can hardly extend, I fear, to the bosom of my readers, who will see in the tell-tale compression of the pages before them, that we are all hastening together to perfect felicity.

Like Fielding says in "A Farewell to the Reader," the last book of Tom Jones, "We are now, reader, arrived at the last stage of our long journey." When we arrive at the station to change into the coach to take us on the final leg of our journey, we know we are at the final stage. When the curtain opens to the stage set for Act III of a three-act play, we know that all the plot twists will be unwound before our eyes in short order - that we are at the final stage of the play. Thus, in her meta-comment to the reader, Jane Austen reveals what the reader already knows by the number of pages remaining to be read, the story is near done.

From 1. Beginning to 50. Ending with a little sea change due to 18. Weather in the middle, Lodge carries us through hundreds of years of fiction by over fifty talented writers and highlights for us the tools of their craft, as they hand-fashioned and pressed them into service. After having dissected these carefully crafted masterpieces of fiction till only gore-soaked pieces of technique remain, Lodge closes with this reminder of the wonderful German word, Gestalt : "a perceptual pattern or structure possessing qualities as a whole that cannot be described merely as a sum of its parts."