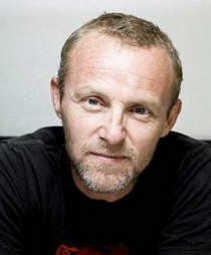 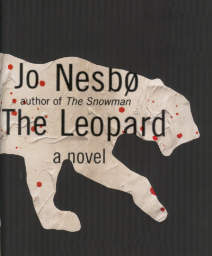 The Leopard
A Novel

ARJ2 Chapter: Reading for Enjoyment
Published by Alfred Knopf/NY in 2012
A Book Review by Bobby Matherne ©2011

Fans of The Snowman will be delighted to find that Harry has crawled out of his Hole and returned to Oslo to track down another serial killer. Victims are found to have drowned, not in water, but in their own blood. As we discover, most of the deaths could be categorized as either murders or suicides. A bloody mess awaits our hero as he is dragged away from his penurious existence in Hong Kong, where he bet everything he had and didn't have on a horse-race and his debtors must be paid off to secure his release to return to Norway.

Katrine Bratt from The Snowman returns to serve as Harry's computer search expert, but must do so while she is in locked in a mental institution. The police in Oslo have paid for Harry Hole's return and assigned him a dungeon (abandoned prison) and a couple of people to help him, but a fight is underway between the official government police and the private firm hired to do police work, and there seems to be a leak between the two competing organization which makes Harry's already impossible task a lot harder. No one can establish a connection between the first two random killings, except the pattern of death, when suddenly a prominent member of Parliament is murdered similarly.

The tracks lead to an isolated alpine resort where eight people were together at one point in time, but by the time Harry finds this information several of the eight have been killed and the rest are both possible suspects and possible victims, one of them in the Congo and another in Australia. All these conditions would have challenged Harry in his prime, but he is emaciated and has a fractured jaw barely held together when he arrives back in Oslo. In addition, his father is dying in a hospital when he arrives, and he must spend time with him, and listen to him give him reminiscences from his childhood and tips on life such as what one might do to survive in an avalanche.

To get anything done, Harry must break rules and not get caught, thus Katrine Batt proves useful to him as she is certifiably crazy.

[page 93] Katrine Bratt laughed. Her other laugh, the evil-witch variety. "I'm beginning to see. Katrine Bratt, the brilliant detective, is not my strongest qualification here, but" — she threw up her hands — "Katrine Bratt, the patient is. Because she, being of unsound mind, cannot be prosecuted."
"Correct." Harry smiled. "And you're one of the few people I can trust to keep your mouth shut. And if you're not a genius, you're definitely smarter than the average detective."
"Three smashed nicotine-stained fingers up your tiny little asshole."
"No one can find out what we're up to. But I promise you we're the Blues Brothers here."
" 'On a mission from God'?" she quoted.

A female John Belushi working search engines illegally from a mental hospital's recreation room is Harry's Ace-in-the-Hole, if you will. Katrine comes through with a startling revelation, there was no connection between the three murder victims, but she searched all missing people and found a fourth potential victim who would tie all four together, putting them on the same train to the mountains.

Soon a plot to trap the killer is engineered announcing that the witness from Australia will be taken to the isolated cabin in the snowy reaches of the mountain to identify all eight people who were there. Instead it is only Harry and Kaja, the friendly gal who is sharing Harry's bed, and they are trapped in an avalanche. Here is a scene that works in a novel, but will cause great problems for movie makers: "How can you film a scene in which Harry is completely surrounded by packed snow inside a cabin and has to find some way to get air before his body heat melts the snow touching his body, allowing it to re-freeze and become an air-tight ice chrysalis suffocating him. His father's words of advice become a life-line to save Harry, but can Harry also find and save Kaja who is nearby in the cabin.

But Harry is a consultant, which he defines as "an overpaid, overrated guy who thinks he knows something you don't." (Page 293) And time and again Harry extricates himself from dilemmas which have killed lesser people.

The closer we get to the end of the novel, the more possibilities arise for who might be the killer. Finally a man is arrested and claims that he was only revealing the identities of the other members of the party of eight to someone who was doing the killing, but now this someone has completely disappeared. A trip to the Congo puts Harry and Katrine's life in jeopardy, again, and there is no way out, they will both die. Can the author be killing off the hero and herostratic Harry Hole? This book is a page turner and will have you skiing downhill like an Olympic racer flying over moguls, spraying snow in every direction, schussing breathlessly to the very last page, to the finish line.