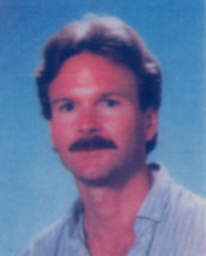 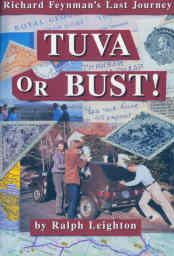 Read this book for fun or don't read it at all. If you're looking for examples of a rational scientist's works, look elsewhere. Feynman was as unorthodox as any Nobel Prize winner ever was, or more so. Look at the other titles of his books, "Surely, You're Joking, Mr. Feynman" and What Do You Care What People Think?  that should give you a clue that this book is about fun. You want serious, read his Lectures on Physics  occasionally he waxes serious in them. Pasadena artist Sylvia Posner captured the levity and the gravitas of the Nobel physicist Feynman in an artwork that graces the last page of this book. He is dressed in the garb of a Ladakhi monk, a costume his wife made for him for a party whose rules specified costumes from latitudes that precluded the possibility of a Tuvan Lama costume. He is holding in his right hand what looks like two lightning bolts, but what is in reality a Feynman diagram. In the background are the snowy peaks of the Tuva area and in his left hand an unlocked padlock. Here we can see the Asian shaman that was Feynman unlocking the secrets of QED, quantum electrodynamics using his own invention, a diagram in which time is allowed to flow both ways. The smile on his face, however, is timeless.

During a discussion about geography, Ralph, the author gets suckered into answering this question of Richard's, "Whatever happened to Tannu Tuva?" Ralph, who played geography games with his brother, said confidently, "There is no such country." Well, there used to be one, it turned out. And they began a quest to find out more about Tuva by researching maps. They found it on a map of Asia on a shower curtain and other unlikely places, but it was gone from present day maps because it voluntarily joined the Soviet Union. The little purple splotch between Mongolia and Russia was gone. What had happened to the country? What about all those triangular and diamond-shaped stamps with the strange horses and animals and people on them that Richard had seen as a child? Are there such animals and people extant and wandering around what used to be the country of Tuva? Yes, they discovered. And wonder of wonders, Tuva's capital and largest city had the vowel-less name of Kyzyl! When they discovered Kyzyl, they immediately decided that they were going to Tuva to explore a town with such a unique name! Now, it might occur to you, dear Reader, upon sober reflection, that they had a reason to go to Kyzyl that they couldn't easily explain to the very people responsible for making such a trip possible, namely, politicians and diplomats. But the game was afoot!

[page 21] One of the UCLA library books showed the first government building  a log cabin  with a beautiful white yurt next to it. There were inevitable jokes about the president of Tuva sleeping in the "White Yurt."

Then they discovered that Kyzyl was the USSR's "Atom City" and the center of Soviet atomic weapons development. This led to a minor problem.

[page 23] If Kyzyl is the USSR's Los Alamos, I thought, then the KGB will never believe that Richard Feynman wants to visit the place because of how it is spelled!

Ralph wrote to Radio Moscow to ask a question about Tuva and then tried to tune in on shortwave and found out about a program to be broadcast on the weekly series "Round About the Soviet Union" a few weeks hence. He invited Richard over and they set an alarm for nine o'clock, the broadcast time. They spread out their maps of Tuva and anxiously awaited the broadcast. It began this way:

[page 28] "The topic for this week's program was selected by listener Ralph Leighton of Altadena, California. Today we will go to Tuva, located in the heart of Asia . . ."

They were incredulous to find that their inquiry was responsible for the program, and they were delighted to hear the announcer say, "Today, one can fly comfortably from Moscow to Kyzyl by jet." Well, things in the Soviet Union were not always what they were claimed to be, because if it had been that easy, this book would have ended on page 28 instead of continuing for 200 more pages. To give you an idea of how the Soviets talked in those days, there was a standard question in the Russian-English phrase book, that went, "How many rooms does your apartment have?" The answer in the phrase book said, "I have a comfortable apartment." That meant, our heroes were advised, that the person responding lived in a housing shortage area. Later on, they had occasion to ask that stock question of a resident of Tuva and that phrase book answer was what they received in reply from a native Tuvan.

Ralph maneuvered himself a phone number of 246-TUVA to advertise his trek. He appeared on a radio show in L. A. to talk about his Friends of Tuva club. After the show he got calls from fellow Tuva enthusiasts.

When Ralph took his first trip to the Soviet Union, he watched in horror as one person after another drank from the communal cup at the water fountain. As anyone from the disinfectant-oriented USA might expect, he thought he'd be soon laid low by sore throats and colds after using that public water station.

[page 124] As I walked away, I thought, Maybe communal glasses keep everyone's immune system revved up. After an initial investment of a few sore throats, you're able to fight off the colds and flus of winter. (Over the next week nothing happened  not even another sore throat.)

Richard Feynman survived his first bout with cancer six years, including several severe operations. During those six years, he was deeply involved with Ralph's machinations to bring a Tuva exhibit to the USA including arranging an exhibit at the Smithsonian and in Los Angeles. All this just to get an invitation to visit Tuva and see Kyzyl because it had such an interesting spelling. When the trip finally came off, Richard has died, and he accompanied them certainly in the spirit. The short report of the trip is in the Epilogue. All the fun stuff took place getting ready for the trip. They got the Potemkin Village tour of Kyzyl and Tuva, but had a wonder full time in the years of preparation.

This is a fun book  one that had me laughing out loud many times, so be careful where you read it in public.