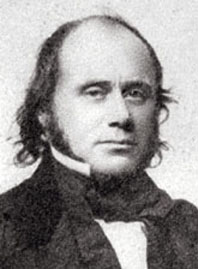 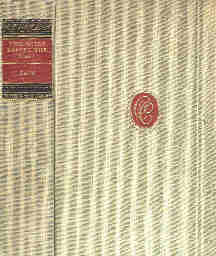 Two Years Before the Mast
by
Richard Henry Dana, Jr.

In this delightful and enlightening tale we experience two years at sea from the author's position as a Jack, the generic name for a lowly member of a sailing brig's crew. From his berth in the forecastle, a structure forward of the mast where the crew is housed, he spent, in the literal sense of the words, "two years before the mast." In his Preface, Dana says, "A voice from the forecastle has hardly yet been heard." It was his express design for this book "to present the life of a common sailor at sea as it really is — the light and the dark together." A design which he masterfully carried out, as any reader can attest.

A caveat to the reader of this book: you will find yourself awash in nautical terms. Here's a typical passage from page 288:

In an instant the gaskets were off and the bunt dropped. "Sheet home the fore-royal! Weather sheet's home!" "Lee sheet's home!" "Hoist away, sir!" is bawled out from aloft. "Over-haul your clew-lines!" shouts the mate. "Aye, aye, sir! All Clear!" "Taut leech! belay! Well the lee brace; haul taut to windward" — and the royals are set.

Lest you find yourself shipping (taking in water from the side) in these heavy verbal seas, Dana admonishes the reader that "plain matters of fact in relation to customs and habits of life new to us, and descriptions of life under new aspects, act upon the inexperienced through the imagination, so that we are hardly aware of our want of technical knowledge."

So, sail on to the California of 1836 with Richard Dana and become, in your imagination, a Jack. Trudge through the beach sand of Santa Barbara with him carrying seal hides on your head, place them in a boat, heft the boat past the breakers, and oar it to the brig waiting at anchor to receive the precious cargo.

In San Pedro rent a horse and gallop along with Dana over the barren peninsula to the nearest residence ten miles away, the ranch of the Sepulvedas. Or watch as your ship comes into berth in the enclosed harbor of San Diego, where the only signs of life are the hide house on the beach and a distant Spanish mission on the hill.

Or climb the barren peninsula inhabited only by wild deer for a view of San Francisco Bay and hike to the lonely presidio guarding its entrance. Of this sheltered harbor, Dana writes, "If California ever becomes a prosperous country, this bay will be the center of its prosperity." If the State of California were a country today, it would be about the sixth most prosperous country in the world.

The sea experiences of which Dana writes are wonderful fuel for the imagination, but the aspect of the book that fired my imagination most of all was the usage of words. In this book one can see clearly how so many of our modern words and usages came from what were purely nautical terms a mere one hundred and fifty years ago.

Let me share a couple with you. On page 270 Dana uses an infrequent footnote to explain the word tackle: "This word, when used to signify a pulley or purchase formed by blocks and a rope, is always by seamen pronounced ta-kl." This word tackle, so commonly used today, was so rarely used in 1835, except on board ship, that the author felt a need to explain how to pronounce it!

Notice the use of the word purchase above. It meant to sailors, "a device used to obtain a mechanical advantage." Today it means to obtain an advantage by use of one's energy stored in the form of money.

When the hides had been stored in the hold of the brig, filling the hold to the very top, so that not another hide could be placed in the hold by a man's effort, the process of steeving began. The steeves were two long tapered poles, placed between the hides and hauled by block and tackle until they purchased space for more hides by forcing open a gap in the hides. By this means a hundred or more hides could be added to an otherwise full stack of hides. The men who load ship today are called stevedores from the same root word as steeve.

Anyone who has ever gotten beat up was probably too sore to wonder the origin of the expression, but it is also a nautical term. To beat up means to sail directly into the wind, which requires constant tacking from one side to the other. On page 188, Dana writes, "The second day out the wind drew ahead, and we had to beat up the coast; so that, in tacking ship, I could see the regulations of the vessel." In this short quotation, one can see the original usage of beat up, tacking ship, and regulations. What Dana observed was not some written set of rules (as we use the word regulation now), but the very essence of the word regulation: how the ship tacked, how each rope was assigned to a seaman so that when the ship came about each rope would be "let go and hauled in at the order, properly made fast, and neatly coiled away."

One might suspect that after doubling Cape Horn in July in the middle of the bitter Antarctic winter, a sailing ship would look worse than when it left from its harbor in Boston two years earlier, but it is not so. As Dana tells us on page 365, a ship is in her finest shape at the end of such a journey:

When she sails from port, her rigging is generally slack; the masts need staying; the decks and sides are black and dirty from taking in cargo; riggers' seizings and overhand knots in place of nice seamanlike work; and everything to a sailor's eye, adrift. But on the passage home the fine weather between the tropics is spent in putting the ship in the neatest order.

As with any seaman putting into port after a long voyage, we wash ourselves from the water of the scuttlebutt, put our clothes in order, take our pipe from our chest, fill it slowly, and, puffing thoughtfully, we gaze around the forecastle that has been our home for the past two years, and we are reluctant to go ashore.