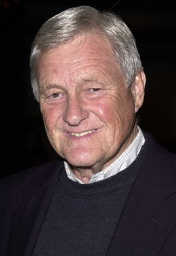 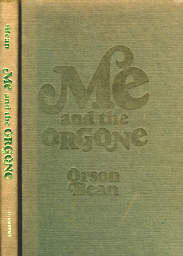 Me and the Orgone
Chapter: Psychotherapy

by
Orson Bean
Published by St. Martin's Press/NY in 1971
A Book Review by Bobby Matherne ©2007

Sometime near the end of the 1970s, I was studying Neo-Reichian work with Eric Marcus and read several books by Wilhelm Reich. I remembered Orson Bean from 1960s game shows like "I've Got A Secret" and "What's My Line?" on television, so when I came across this book about a celebrity who underwent Reichian therapy, I got interested. Besides that, Orson is a rather witty fellow, and I expected some fun-laced information from him. I wasn't disappointed. In this book he describes his orgone therapy with Elsworth Baker. What led Orson to orgone therapy was his "are gone" wife of six years and her new French husband who are gone off to Africa. She left behind a year-and-a-half-old daughter for Orson to take care of — well, him and Bridie, who doubled as maid and nanny. Here's how Orson described her. [Note: droit-du-seigneur refers to the right of a lord to take the daughter of one of his vassals first on her wedding night. I presume Bean's usage of it below indicates this lass was fit for a Lord.]

Having flunked out of psychoanalysis eleven years earlier "ten years older and twenty-five thousand dollars poorer," Orson had Reich's book delivered to his theater by a friend who had told him about this "new form of psychiatry that says if you can have a good come, all your neuroses will go away." Orson awaited the book like Saul on the road to Damascus — it flared up in him like a blinding light. Then he read the title of the book, "The Function of the Orgasm" by Wilhelm Reich. "Oh Christ, this is nothing new. It's that nut with the orgone box." So Orson went into this endeavor in spite of his adverse opinion of Reich from the beginning. Here's Orson's summary of the orgasm theory of Reich:

[page 7] Human beings, like all living things from the amoeba on up have within them an energy, hithertofore undetected. Reich discovered it and called it orgone energy (from the root of the word organism). This energy is, in effect, the life force, not in any mystical sense, but physically. The energy is built up by intake of food, fluid and air and is also absorbed directly through the skin.

Reich's focus was on something called "body armor" and Orson's explanation of this armoring focuses on parental injunctions against touching the genital area in children. From a doyletics perspective the concept of "body armoring" is simply "doyle storing", but doyletics hadn't been invented yet, so let's read what Orson says about it from his 1970s perspective:

[page 9] Pleasurable sensations in the genital area are perceived to be danergous by the child in our society. Even the child in an "enlightened" home gets the message after a while when he finds himself distracted every time his hands get close to the danger zone. Deadening the feeling in the entire area is safer than continuing to experience the natural pleasant sensations and being tempted to heighten them by manipulation.

In doyletics we have a concept called stopper doyles — these are doyles whose existence seems to perform the function of deterring or stopping one from some activity that one would otherwise perform and even enjoy performing. Since muscles cannot operate freely if they are under a constant tension, stopper doyles usually have a component of tight muscles somewhere in the body. Associated with the external tight muscles will be some restrictions of the internal organs of the body. Reich had discovered how to diagnose the armoring and remove it and free up the person to be a complete human being again. We can be thankful for the new science of doyletics as it completely eliminates the need to go to someone else to have your muscles "kneaded, pressed or jabbed at" as Orson describes below:

[page 11] Reich's treatment consisted, in a nutshell, of breaking down the armoring and thereby restoring the natural self-regulative process. Using his physician's knowledge of musculature, he discovered exactly which muscles controlled which functions. He found that by kneading, pressing or jabbing at certain muscles used to inhibit crying, he could make the patient spontaneously start to sob and he found that other muscles, when jabbed at or pressed, would cause rage-filled screaming. He encouraged his patients to give in to these natural functions.

In doyletics, if one becomes aware of tension in one's body, one does a simple speed trace and if that tension was blocking one from crying appropriately, one will be able to do so from then on. When one does a doyle trace, one simply takes the current constricted muscles as a doyle and tracks it down in one's labyrinth of doylic memory, and when one goes to a time before the original event during which the constriction was stored, the constriction is relieved and a cognitive memory is created of the doylic event. Read Orson's description of what happens in Orgone Therapy and note the similarities. What in doyletics is called the "original event" Reich called the "original armoring event". In Orgone Therapy one needs analysis as the armoring is shed; in doyletics, no such analysis is required other than noting the answer to the "Plausibility Question."

[page 12] Reich discovered that as his patients found themselves able to cry and rage again, the old feelings from the days when they originally armored themselves came to the surface and could be analyzed. The armoring, it seemed, was not symptomatic of neurosis but was, in fact, the actual physical counterpart of the neurosis.

With the need for analysis obviated by doylic speed traces, one can quickly remove the armoring that is variously called frustration, submissiveness, rebelliousness, anger or fear which is often directed at one's father. In a society where fathers perform the disciplinary function, it would be natural to have such feelings directed at one's father.

The last third of this book is devoted to Orson's New York version of the Camphill School which he called "The Fifteenth Street School." What these schools aim to do is to raise children free of what Reich called the "emotional plague". What an apt name for the communicable transmission of doyles (physical body states or armoring) to children under five years old! One glare or raised tone of voice by a parent or teacher is enough to store a doyle in that child which will represent, rightly understood, an acquisition by the child of a doyle stored in the parent, i. e., a communicable dis-ease has been spread, just like the plague spread, by contact with those who had it.

We live in a society in which the "emotional plague" that affect us as adults is transferred by doylic transmission to the children of our society. Only by removing our own doyles will we allow our children to grow up sans unwanted doyles that stifle and suffocate them for years into maturity. Only by teaching our children within a few years of the memory transition age of five how to do a simple speed trace to remove unwanted doyles will we ever be able to live in that day when bad doyles are removed as quickly as they are put in. Fewer and fewer carriers of bad doyles will be extant in the world around us from then on.