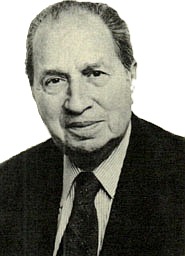 A Book Review by Bobby Matherne ©2000

I began reading this book about August 29, 1983 and it is filled with marginalia and date glyphs throughout. As I review my notes I find that they all seemed to coalesce into a coherent whole, when about three weeks later in September, 1983, I wrote a proof of EAT-O-TWIST in the blank pages at the end of the book. Before we get to that proof, there are some miscellaneous quotes and references from the body of the book, I'd like to relate. This process is almost like archaeology for me of an ancient city, as I am reading notes someone I was seventeen years ago wrote, and I'm trying to decipher what this writer was attempting to communicate. So enjoy these words realizing at each point that the words are almost twenty years old, the 1982 writer is no longer extant, and the 1999 writer is filtering them through his augmented understanding.

[page 18] The significance of angels in the context of theology does not touch the minds of unbelievers or disbelievers, non-religious person of whatever variety. For them theology is a closed book, to be dismissed out of hand or ridiculed as a mass of superstitions. [page 19] When angels are mentioned, the question that usually pops into people's minds today is how many of them can stand on the head of a pin. That question was never propounded by any mediaeval theologian. It was an invention of modern scoffers who used it to exemplify what they regarded as the utterly specious disputes involved in theology.

It is a pity that the words of skeptics on the issue of angels would be better known than those of the believers. But that is merely a commentary on how far we've fallen into the materialistic morass in our time, up until now. This situation with angels reminds me of what Rudolf Steiner said about the historical documents about the gnostics — that all of the documents we now have access to were written by the opponents of the gnostics who burned all the documents that explained the true tenets of gnosticism.

It is heartening to see an establishment academic like Mortimer Adler taking on on the subject of angels, at all! That is the reason I bought this book in the first place. In this attempt to cover all aspects of angels, Adler tackles angels as objects of belief in Part Two and angels as objects of philosophical thought in Part Three of the book, spanning the subject from the credal to the grave.

[Page 34 italics added] Dogmatic theology, which is sometimes called sacred theology or sacred doctrine, carries the process of interpretation one step further. Starting from the promulgated dogmas or credal declarations of one sort or another, theologians attempt to formulate doctrines that provide some elaboration and explication of the articles of faith.

In Part Two he reminds us that Aquinas posited the necessity for a layered hierarchy of spiritual beings thus:

[page 57] "At the topmost summit of things there is a being which is in every way simple and one; namely, God. Therefore, corporeal things cannot be located immediately below God, for they are composite and divisible. This is why one must posit many intermediates, through which we must come down from the highest point of the Divine simplicity to corporeal multiplicity."

This seems to be an important point to remember in this time of the beginning of the Third Millennium when everyone seems to have forgotten the intermediaries between human beings and God and we tremble before the unbridgeable chasm such an amnesia creates. The philosophical arguments are detailed in the book and thus hardly worth laying out here except for one in which the power of an angel is equated with the mass of a physical body and thus both are deemed as incapable of being interpenetrated. Here is the text:

[page 130] Third, when an angel acts spiritually on a particular body, its presence at the place occupied by that body is also an occupation of that place. The body occupies that particular place extensively by filling it with its bulk. In contrast, the angel occupies that place intensively by surrounding it with its power. The body is enveloped by the place it occupies. In contrast, the place is enveloped by the angel that is present there by its power. It follows, therefore, that two angels cannot occupy the same place at the same time.

Philosophically taut, but a careful inspection will show that to treat some abstract concept called power as if it were substance is pure folly. We have much evidence that matter is not inter-penetrable and none that angels are not. To the contrary there is ample reason to believe the opposite that angels and other spiritual beings are inter-penetrable of matter and each other without limit. In Chapter 11 If Men Were Angels, the authors quote The Federalist Papers where Hamilton and Madison say that if men were angels, no government would be necessary, and go on to say:

[page 167] Virtuous men may comply with just laws voluntarily simply because the conduct the laws command happens to be conduct to which they are inclined by their own goodwill. But all men are not virtuous. Coercive forces must be employed to compel their compliance.

I'll grant that before I took Dr. Andrew J. Galambos's volitional science course V50T , I'd have definitely agreed with the above quotation, but no more. The statements were true at the time and remain true — lacking the technology that Dr. Galambos has brought forward, coercive force is necessary for compliance. With the advent of his new technology, true government will come to be understood as that which has no coercion at any level, and such true government will drive out the coercive counterfeit of government as surely as good money drives bad money out of circulation [Gresham's Law]. Nothing remains but for me to summarize what I got from my first reading of this book some 17 years ago: the Proof of EAT-O-TWIST, Everything Allways Turns Out The Way It's Supposed To. The proof was written in rear overleaf of book on August 30, 1983, about three weeks after I finished reading the book. This was before I began reading any of the works of Rudolf Steiner and, as I review this proof from the perspective of seventeen years and over fifty Steiner books, there is no need to change anything substantive in the proof, even though I've acquired enormous new insights into the spiritual world since that time. [This note was written on March 30, 1999.]

November 10, 2014 Note: With the insights from reading over 203 Rudolf Steiner books including his lectures about the time between death and a rebirth, I would modify substantially my description of immortality below, but I will allow it to stand as one that may appeal to other materialistic scientists for whom the concept of a black hole provides a strong attraction.

I. God — the plenum of universal communication of which all objects comprising the plenum are simultaneously transmitters, receivers, and the communication itself. II. Angels — a local coalescence from the plenum for the purposes of the person doing the calling, whether conscious or unconscious. Another way of saying this is: Angels are subsystems of God, organized according to the expectations (EAT-O-TWIST) of the person requiring the communication from the omniscient plenum. EAT-O-TWIST is from Matherne's Rule #10 and stands for Everything Allways Turns Out The Way It's Supposed To. [Note: Allways is spelled that way because I mean both at all times and in all ways, and even more. See definition of Suppose below at IV, Supposed To at V, and Turns Out at VI.] III. Omniscient — having access to the communication plenum without constraint. Humans appear to be not omniscient to the extent that they have forgotten that they have continuous unrestrained access to this plenum. IV. Suppose — from Webster's 7th New Collegiate Dictionary — 1. Lay down tentative hypothesis or assumption, to hold as an opinion, to think probable or in keeping with facts 2. Conceive, imagine, have a suspicion of. V. Supposed To — refers to the holding of ideas in the mind about a given situation. VI. Turns Out — the final outcome or product. VII. Omnipotent — capable of changing any physical of mental situation without limit by thinking about it [supposing]. VIII. Religion — an organized body of Left Brain Knowledge (Content) and Right Brain Knowledge (Process) whose purpose is to provide humans with access to the communication plenum(1). IX. Death — the process we observe when a person's bodily functions cease. X. Immortality — the process a person who is dying (in our frame of reference) undergoes in their frame of reference. (A person in this condition has instantaneous access to all of the time-space continuum.)(2) XI. Reincarnation — while in the state of immortality, the person has the option to enter a fetus and thus to be born into another body. EAT-O-TWIST! ~~~~~~~~~~~~~~~~~~~~~~~~~ footnotes ~~~~~~~~~~~~~~~~~~~~~~~~~~~~

1. Religions may be characterized by the subset of the five basic senses that they activate or use preferentially. Below's my best guess at how religions I'm familiar with do this, but first what the initials stand for: V — Visual, A — Auditory (At is Auditory-tonal/RB, Ad is Auditory-digital/LB), O — Olfactory, G — Gustatory, and K — Kinesthetic. [Note: I'm no expert on religions other than Catholic, so I may have left out some aspects. I put de Sade in, not to claim that he founded an established religion but to show the one-sided focus on the Kinesthetic sense of the Maquis de Sade's processes.]


2. Black Hole Metaphor: To help understand the process of death from a scientific point of view, imagine you are entering a black hole. The rest of the universe begins to more and more rapidly evolve as your frame of time reference slows down. To those viewing you from the outside, the rest of the universe, you seem to reach what they call death in a relatively short time, but for you, from your reference inside the black hole, it's a very long time indeed, without end, and you get to the watch the evolution of the universe proceed at an ever increasing rate.

Cybernetic Metaphor: if the external clock pulses of a computer slows down, the computer will be unaware of any change in itself — but the rest of the world will seem to speed up, from its point of reference. 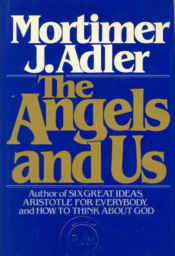