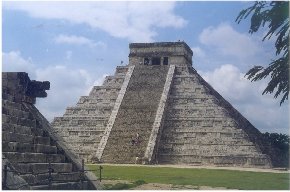 Sergeant Preston of the Yucatan
The Case of the Missing Kit Gloves.

Darlene, I bypassed your office just now and accidentally heard your phone ringing,” Calvin called into his intercom to his secretary, “who was that on the phone?”

“It was Mexico, Mr. Preston. They want you to come down there as soon as possible. Do you go down there often?”

“I go there more than Christmas comes once a year,” Calvin answered. “Better get me and Charlie a flight to the Yukon and Ireland!”

“But, Mr. Preston,” Darlene protested, “isn't the Yukon in Canada?”

“Yeah, Darlene, but they got one down there, too. I'm going to the Ireland off the coast of the Yukon, Cozumel.”

Just then Charlie popped into Calvin's office. Through the open door Calvin could see the heavy rain pelting the sidewalk outside and Charlie was dripping water from his trench coat.

“Chuck, you left the door open! Were you raised in a leaky barn?”

“Sorry, Calvin,” Charlie reached over and closed the door, silencing the rain and took off his coat. “Darlene said we're heading for Ireland.”

“Yeah, Chuck, the Ireland of Cozumel -- they need Sergeant Preston to solve the Case of the Missing Kit Gloves,” Calvin said. He was so agitated that he was tapping his pencil in staccato rhythm on his desk. “Darlene, if you want to communicate with me, you'll have to use Moss code.”

“When are we leaving, Cal?” Charlie asked.

“Well, Chuck, I got to take my kids to the Bringham, Barney, and Bailey circus tomorrow, so we can't leave till Saturday, okay? You don't think I'm making an idiot of myself over those kids, do you?”

“Calvin, you're no common idiot.”

“Calvin, you're not planning to wear those fag pants to the Yucatan, are you?”

“I'll have you know these are not fag pants - these are the latest state-of-the-art pants,” Calvin said.

“Okay, Calvin, if you say so. How was your birthday at your in-laws across the lake?”

“It was quiet. Christie and I spent most of the time outside in the Kadildo just talking and listening to the Nifty Ditty Girt Band. She gave me a Craftsman Cratchet Wrench Set, but I don't know if I can use it.”

“Oh no, Chuck, I'm not an Indian Giver! I can always keep it for prosperity.”

As they headed for Concourse B, Calvin recognized someone standing in line for tickets and went over to say hello. When Dan heard him approaching, he turned around and Calvin jumped. “Oh, it's you, Dan. You look like Steve from behind because of your moose tache.”

The flight to Cancun was uneventful and the next day as Calvin was passing the barbershop in the Aristos Hotel, the barber called out to him, “Mr. Preston, come in and I'll cut your hair.”

“Oh, no,” Calvin said, “I don't want to look like Al Cleavage, the Beaver's brother.”

Calvin met Charlie out front and they took a taxi to downtown. “Chuck,” he said, “you must have had a lovely lunch, I can see it on your face.” It was raining lightly and Calvin had brought an umbrella along. While they were waiting for the Police Chief to see them, Calvin was tapping his umbrella animatedly on the tile floor of the station. “Hey, I got a little rhythm and rhyme here.”

The police captain explained to them that a case of expensive kid gloves had been confiscated because the police found 10 kilos of cocaine stuffed into them. The next day the case of gloves and cocaine had disappeared from the police station without a clue. “Will you take this case, Sergeant Preston?” the chief asked.

“Of course,” Calvin said, “jump on the bandwagon while opportunity knocks, that's what I say. I'll have this case solved in a leap-second year!”

Charlie took Calvin aside and asked him, “How can you be so sure that you can solve the case, Calvin?”

“My intimate self-conscious told me, that's who. Do I look like a piece of stone with concrete between it? You got the point.”

“Well, what do you think happened to the gloves?”

“I think they disappeared from right under the noses of the local police. Remember, Chuck, the finger is quicker than the motion. I saw a magician once make a grout and some flowers disappear. As soon as it happened I heard a silent hush from the audience.”

“Yeah, you know, a prairie chicken. If I'd had my camera, I'd have gotten a zoom lens of it.”

“What kind of flowers was it?”

“You know the kind of flowers they have at weddings, Chuck?”

Trying to change the subject, Charlie asked Calvin, “What's that spot on your neck, Calvin?”

“So, are you going to tell me where the gloves are?”

“Well,” Charlie said, “let's call up the gal in that exclusive leather shop we talked to on the way here. Maybe she's seen the gloves.”

“You do it, Chuck, she's a real snobby in the grass. You know, real stuck up in the nose.”

When Charlie got off the phone, he told Calvin that she had bought some gloves from a local man and the gloves match the description of the missing gloves. They immediately began walking to the shop. It was getting dark and Calvin began to get worried.

“Why are you taking us down this dark street, Chuck?”

“This is a shortcut.”

They stopped by a taco stand for a quick stand-up supper and Calvin squirted gobs of hot sauce on his taco. After he took the first bite, he began panting. “Wow! That took the hair off my chest. Both hairs!” The stand operator gave Calvin a glass of water. Calvin gulped it down and said, “Muchos groceries.” As they walked off, Calvin turned to his companion, “Chuck, is that true what they say about hot sauce being an applediesiac?”

“I guess so, Calvin. Say, how do you like my new white hat?”

“Chuck, you look like Panoramic Joe with that hat on.”

“Hey, Calvin, isn't that shop on the opposite side of the street we're on?”

“No, Chuck, it's on the other opposite side.”

“You know, Cal, I think these police are on the take.”

“Yeah, and I think there are too many hands in the fire.”

Outside the shop Charlie put his hand to his mouth and let out a large yawn. “God Bless You,” Calvin said. They entered the shop and began talking to the shopkeeper. She brought out the suspected gloves and as soon as they began examining them, Calvin asked, “Do you have a rest room? I got a bad case of diuretics.”

When he returned Charlie filled him in on the gloves. “These are the stolen gloves alright, Calvin, she just bought them this morning. We got here just a little late.”

“I guess we're just a dollar short and a day long, huh, Chuck?” Calvin said. “Look, before we go I want to buy a present for my wife. I want to score some Boy Scout points.”

“Do I look like a Girl Scout?” Calvin said indignantly. He selected his gift and brought it to the counter. The sales clerk asked, “Is this for you, Sir?”

When Calvin and Charlie told the shopkeeper that they would have to take the gloves as evidence, she protested. “I'm sorry Ma'am, but the law is written in black and white,” Calvin explained.

“Look at those flowers through the door,” Charlie said to Calvin. “Do you suppose they're for sale, Calvin?”

“Just mosey on through there, Big Pilgrim, and see what you come up with. Those flowers are so pretty, they are artificial looking.”

The shopkeeper asked Calvin not to tell anyone that the stolen gloves came from her shop.

“Okay, I will keep my mouth silent.”

And he did, for a while. 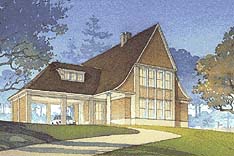