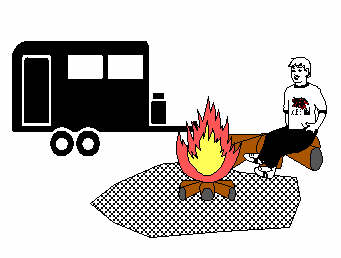 The phone rang and Rusty answered it, “Mr. Preston's office.” A few seconds later she hung up and pressed the intercom button, “Mr. Preston, Tim called and said he's coming over to talk about the trip to Big Ben. Are you going to London?”

“No, Rusty,” Calvin said, walking out into the reception area, “Big Bend is a national state park in Texas. It’s over by El Paso. We're going to go white water rapiding there.” Calvin had been in a good mood all day and began singing as he walked back into his office, “Someday, over the rainbow, hmmm, hmmm, hmmm . . . ” A few minutes later, even though it was the middle of April, Rusty heard the strains of a Christmas carol coming from his office, “Hark the herald angels sing, tralalala-la, trala-la-la.”

Tim popped his head in the door, “Is Calvin in?”

“Are we all set to leave for Big Bend tomorrow?” Tim asked Calvin, who had come into the front office.

“Yeah, but I can't play golf with you this afternoon. I have to go with my wife to mass at this Catholic church.”

“Hey, my grandmother was Catholic,” Tim said, “but she didn't believe in birth control. She believed in the rhythm section.”

“Uh-huh, I know what that's like,” Calvin said. “But where's BJ? Isn’t he coming with us? I went to his office but the door was closed.”

“Well, did you try to open it? Didn't it have a doorknob?”

“I do not open men's knobby doors!” Calvin said indignantly.

Just then Tim heard Rusty singing in the other room. “Can she sing good, Cal?”

“Wooo, she's a regular Florida Nightingale,” Calvin said, “she can really hit some high keys.” Calvin reached down to pick up his new glasses and put them on proudly, “See that sign that says USA PROUD? When I put my new glasses on, I can see it 30 feet behind me.”

“Not only can I see better these days, but I'm slimming up. I got light meat,” Calvin said this as he got on the scale and read the weight. He got off and motioned to Tim to get on it, “Now you get on the scale, Light Feather.”

“Oh yeah? Well, I out-tower you by four inches. I'm a David and Goliath kind of guy.”

“I say to hell with David and Goliath.”

“You oughta be ashamed of saying that - it's a slap in the Bible,” Calvin retorted. Putting his hand up to his forehead, he said, “This is giving me a headache, you got any Darvil, Tim?”

“No, what's the matter, problems with work?”

“No, home. You oughta live in the household I live in. I got dogs on one end, a wife on the other end, and plus I gotta put up with me.”

“It's a North Fork pine,” Calvin said, “by December it'll be a full pledged Christmas tree.” Tim, who had been concentrating on Rusty's shapely legs, missed Calvin's words and said, “Huh?”

“I didn't say nothing; I was talking to you,” Calvin said, “you Cosmo-Reatard-Junior.”

“Are you all ready for the Big Bend trip, Cal?” Tim said, changing the subject.

“You said it, Big Boy! I just finished working ten days of nights - or is that ten nights of days - anyway I'm ready.”

The next day Tim drove up in the camping trailer they had rented for the Big Bend trip. Tim and Mikey got out and helped Calvin load his gear into the trailer. A few minutes later BJ drove up in his car. Calvin had heard about BJ's new car and went over to inspect it, “Hey, I like your new Buenos Aires.”

“It's a Buick Riviera,” BJ said. Looking at Calvin's faded jeans, BJ said, “You gonna wear those dirty old jeans without washing them?”

“I did wash my jeans. I'll have you know I'm a very sanitation-type person.”

Tim came into the camping trailer with a box of supplies from the office. “That Rusty has on some loose pajama pants or something. Can't see her legs at all.”

“Those are her bourgeois pants, Big Boy,” Calvin said. He looked back to the office and saw Mikey coming with another load. “Hey, Mikey, you got off of work anyway? How did you manage it?”

“They just put out a momentum telling everybody else to take up the slack while I was off, so here I am. What about BJ? Is he coming? I heard he couldn't come during Lent - some religious thing.”

“Yeah, he's coming,” Calvin said, “BJ ain't Catholic; God still knows him. By the way, what is that you're eating?”

“A candy bar - I got it from your vending machine. I'm hungry.”

“I can't believe it. BJ just walked in here eating a candy bar, too. When one of you starts eating, you all do. It's hereditary.”

“Are you glad to be going on a vacation, Cal? Getting away from the office for two whole weeks?” Mikey asked.

“You betcha your life, Big Boy. When I leave this place, my thing-thing blesses itself,” Calvin said, pointing to his crotch. “Besides that it's good for me to get out-of-doors. I've led a sheltered life - I ought to know, I've been there.” Just then BJ came out of the back of the trailer with a box and lifted it overhead and bumped Calvin on the head.

“Hey,” Calvin yelped, “you shouldn't have hit my brain. You made me go delirious.”

“Don't call me stupid, BJ, I got a complex about that word. And don't get me excited anymore or you'll ruffle my dandruff.”

Twenty hours of hard driving later they pulled into a camping spot at the Big Bend campground.

“I want to go see the Peco River,” Calvin said, “the one old Bill Peco made with his axe pick.”

“I know about that one, too,” Calvin said, “In between these two ears is a head of knowledge. Paul Bunyan made that one. He met Bill Peco in California and they killed each other. That's how Death Valley got its name. Now, let me go outside and find myself.” He stepped outside for a minute, then stuck his head back inside the trailer, “It's invigorating out here, guys, you know, like a New York peppermint bar.”

“I know, Big Boy, I just happened to catch you out the front of my eyes. I'll get my rod too and go along with you.”

Down by the edge of the river Calvin was staring intently at the water when Tim came up behind him, “What do you see, Calvin?”

“What? You mean polliwogs, don't you?”

“Okay, Cal, if you say so. Look, we're finished fixing dinner, so come on back.”

“Great! I sure could use a small large order of french fries, greasy fries, soaked in Mazola,” Calvin said. As he picked up his rod and headed back to camp, he was singing, “Shimmy, shimmy, good loving . . . ” .

At the campfire Calvin was filling up his plate and he called out, “BJ, what did you put on the salad dressing?”

“Ranch dressing,” BJ said, then added, “Look, Calvin, was Katrina upset about your coming along on this trip all by yourself? How would you feel if she'd have done the same thing?”

“I tried that, Bud, I put the shoe on the other foot.”

“That sure was a long drive,” Tim said, “maybe we should have flown into El Paso then rented the trailer.”

“Well, the water's all over the dam now,” BJ said.

“I sure wish there was a place to play golf around here,” Mikey said.

“Yeah, me too,” Calvin said, “I thought there was a golf course here. I got mis-advertisements. That reminds me, I gotta get me a new set of golf clubs. My number one iron has a birthmark on it. I think it happened when I pounced the ball last week. You still wanna buy my clubs, Mikey?”

“Don't try to back out, you crawfisher, you,” Calvin said. “I guess I'm shot out of luck.”

After dinner Calvin was by the side of the stream dipping his fork in the water. “What are you doing, Cal?” Tim asked.

“I'm making sure it's naughty or nice,” Calvin said, wiping off his fork.

“Well, I'm going back to the trailer to sack out,” Tim said.

“Okay, Big Boy, shut the door, but leave it open.”

BJ, who had just walked up, asked “Is that orifice or office?”

“That depends on where you put the hyphen, Big Boy,” Calvin said authoritatively. He started marching back to camp kicking his feet high into the air and waving his arms like a drum major. “I'd make a good marching band guy. Wow, BJ, look at that moon. It reminds me of when Batman said to Jack Nicklaus, ‘Did you ever dance in the pale of the blue moon?’”

When Calvin and BJ got back to camp, Mikey had just finished fixing some fresh coffee and they each poured themselves some. “Did you take my Equal, Calvin?” BJ asked.

“Tell him you have no equal, Calvin,” Mikey said, “tell him that you're incomparable.”

“Look, Calvin, you got gray hairs on the top of your head,” BJ remarked as he looked down at Calvin's head.

With Tim asleep in the trailer the three friends sat around the campfire as it got darker and talked about life and things.

“I wonder how a volcano forms,” Mikey said.

“It forms in its own water,” Calvin said.

“I mean, it must be awesome to see a mile wide river of molten lava flowing down to the sea,” Mikey continued.

“Anyhow, I saw on TV that continents are formed from lava,” Mikey went on.

“Do you know how many continents there are, Calvin?” A BJ asked.

“Calvin, those are vowels.”

“So? I got my vowels and my continents mixed up. I got side-distracted.”

The three went inside the trailer, talking quietly so as not to wake up Tim who was asleep in the far back room. “Are you gonna take a shower, Cal?” BJ asked.

“Who me? I'm clean as a bumblebee! Ever see a dirty bumblebee? They clean, ain't they?” Calvin had picked some wildflowers earlier and began arranging them in a mason jar. “There,” he said, “I should have been an interial decorator.”

And no doubt he will be someday. 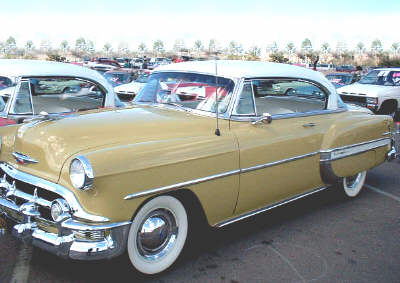