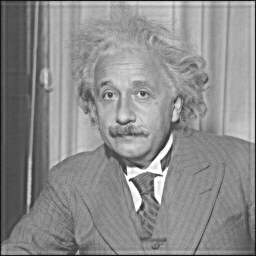 The Mind Is A Wonderful Thing To Waste

It was a hazy summer afternoon and the instructor's voice droned on, “The collimer on the EX-RAY Machine was tilted at the E-regular azmutt of aloven degrees, a stragetic mistake.” As the instructor began writing his words on the board in front of the seminar room, Charlie , Danny, and Steve were chuckling and looking back and forth at each other and then over to Calvin, each thinking that this guy thinks and talks just like Calvin. Finally, Calvin, noticing the attention he was getting, blurted out, “What are you guys doing? I understood everything he said.” With this, the three friends exploded in laughter and the speaker was forced to call a recess.

In the coffee area, Calvin couldn’t wait to tell his buddies about the new CD player he bought last night.

“Did you get the extended warranty?” Steve asked.

“The lady at Sampo’s told me that for $20 she could sell me a three year extended warranty. I said, ‘So I’m getting four years of warranty?’ ‘No,’ she said, ‘it doesn’t work like that. You’ll get a three year warranty.’ ‘No, wait -- that’s only a two year warranty.’ I told her.”

“Then what did you do?” Charlie asked.

“You sure showed her, Cal,” Danny said.

“Yeah, Cal,” Charlie piped in, “and tell her if she messes with you again, you'll buy a double warranty.”

“I was thinking about buying a mini-micro-processor for my kitchen to mince up all my green peppers when I cook.”

“That sounds a little complicated.”

“No, it’s kinda simple: it’s a one-finger-push-button thing. I can’t go wrong with that, unless I forget to plug it in.”

“You look a little tired, Cal, did you go out last night?”

“No, I went out the night before, so I stayed up as late as I could last night so I could get a good night’s sleep. I watched the Buddy Holiday Story and the Beverly Hillbillies. Jethro was a double-nut spy - he installed an injection seat that threw Granny in the air. I laughed my butt out.”

“Isn’t that the episode where he wore that fancy Italian suit?”

“Yeah, he looked like Fabio, that Italian model. I saw Fabio and his mother in front of their new red Feeario. His mother was a Miss Pageant or something.”

“Are you sure that was his mother?”

“You can take that to the cleaners, Big Pilgrim. Oh, Steve, hand me one of those pastries filled with the strawberry-flavored cherries. They’re my favorite and I’m thirsting for food.” Calvin began eating his strawberry Danish with relish as his friends laughed. With Calvin the English language was just a starting point for his verbal excursions. His friends enjoyed immensely his spontaneous creation of new islands of meaning in the otherwise bland sea of everyday blab. Calvin, noticing their merriment, said, “You’re riling my feathers, guys. I’m gonna keep quiet -- if you want to talk to me, tell it to me in side language.”

Back in the classroom, the lecturer wrote the names of fruits on the board and pointed to Danny to start off. Danny looked at the top item and said, “I’m an apple.” Steve took the next item, “I’m a banana.” Charlie, “I’m a pear.” When it got to Calvin, whose vision was not good enough for him to see the writing on the board, he was still trying to figure out what they were talking about. The teacher pointed to Calvin, but Calvin just looked around the room, back at the board, then palms facing up, he shrugged his shoulders. The instructor waited a few seconds then finally said, “Calvin, you’re a peach.” Everybody laughed.

At the next break, Steve asked Calvin if he was having trouble seeing. “I can’t see so well since my cataract surgery. I got information of my eye.”

“Do you have to wear glasses, now?”

“No, I was too busy sitting in the hospital. But I heard about her -- she out-towered everybody on the Offie Winfield Show. She had some Jurman name, Jewish, German, Swedish . . . something like Lupinski.”

“Okay, I got it backwards -- I got anorexia, so? Anyway my brain is facing forward.”

“Cal, I just noticed that you have a white sock on your right foot and a blue one on your other foot.”

“Yeah, Dan, I’m tone blind, you know -- I thought it was just the light inflection.”

“Maybe you could dye the left one white.”

“No, Big Boy, you don’t dye socks white, you paint them. I guess my lefthand sock is going to have to stay mis-matched.”

“Sorry I brought it up.”

“Well, that’s water over the bridge now. Let’s get back in the classroom. It’s so hot out here, I’m schweating through the spores in my arm.”

When the class broke for lunch, Calvin met his friends in the hall and said, “Let’s go to Mother’s Cafe. They got exotic dishes there like shrimp mummylade with anchavees.”

“No, anchavees -- it’s the plural of anchovies.” When they sat at the counter Calvin yelled out, “Hey, Cindy -- bring me some scrambled eggs, fried over easy.” Turning to Charlie he confided, “Boy that Cindy’s got the full facial figure, huh, Chuck? I bumped into her the other day and she left two indentions in my chest.”

“I heard she went to the urologist yesterday, Cal.”

“Yeah, Charlie, her Eucharist was hurting her. Look as Tim over there -- he’s showing off his pictorial muscles again. Hey, Tim, come over and sit down.”

As Tim got close to Calvin, he pointed to Cindy at the other end of the counter and said, “Howdy like to play hide the salami with that, Cal?”

Calvin was just staring at Cindy -- apparently suspended in time and oblivious of his friends..

“I’ve Never been cut off by a woman,” Tim said proudly, “well, I was threatened with it once, but I said I’d move my garden hose to a new spigot.”

“Tim, you cease to amaze me,” Calvin said.

Cindy placed Calvin’s scrambled eggs in front of him. “There you go, Cal.”

“Baby, you got ESPN -- you’re psychic -- your mind is in the right place, your head. These eggs are perfect. I have Eureka! I would have dreamed about you, but I didn’t sleep an ounce last night.”

“Calvin, you’re different from other guys.”

“No, honey, I’m not different, I’m unique. I’m out in left space. I’m gonna be a Satsuma wrestler someday.”

And who can say that he won’t. 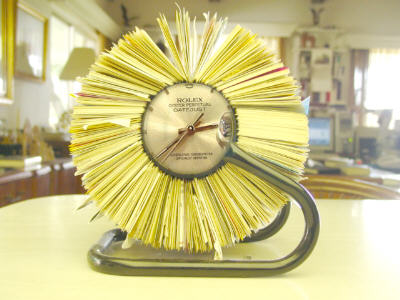