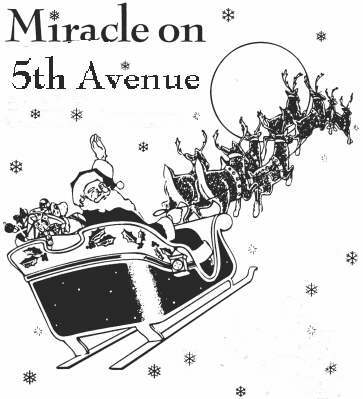 Calvin dropped the phone in its cradle and pushed the intercom button. “Rusty, get me reservations for New York, the Big Enchilada!”

Rusty shook her head. She had been warned about her boss’s malapropisms, but every day brought some new verbal creation that took her aback. She felt like the waitress who told her yesterday that she didn't know what the soup du jour was. “It's so confusing,” she told Rusty. “They keep changing it every day.” So Rusty took a deep breath and said, “I think that's the Big Apple, Mr. Preston.”

“But I'm gonna have Mexican food while I'm there for the convention,” Calvin said, with an assurance that allowed no room for response or further correction.

Rusty got busy with the reservations and was on hold with the company travel department when Tim came in the office. “He's in, Tim. You can go right in.”

“Hey, Cal, did you hear about the big convention at Madison Square Garden next week?” he said as he saw Calvin.

“I thought it was a machine tools exhibition, not a flower show.”

“Anyway,” Tim continued, “the whole company is going, Chuck, Kenny, Steve, Danny, Rob, Wag, and Mikey. Make sure you get tickets for the big banquet on the last night. We're trying to reserve a table for all of us.”

“I just found out about the trip myself,” Calvin said, and paused to reflect on his happiness over the upcoming trip. “I want to express the moment.” Calvin remained quiet for a few moments, thinking about the trip.

“I always wanted to go to New York City, especially around Christmas time, like in the movie The Miracle on Fifth Avenue.”

“You know, the one where Natalie Cole was a little girl and her father played Santa Claus. The judge finally threw Santa Claus out of court. Anyway you gotta see that movie -- they show it every Christmas Eve on TV right after Life Is Wonderful.”

“If you say so, Cal. Look, I gotta go pack. See you on the plane.” Tim left just as Rusty came in with Calvin's itinerary. As she came in the door, she heard him singing, “deck the halls with balls of folly . . .”. She said, “You sure seem happy about this trip, Mr. Preston.”

“You bet,” Calvin said, “I had a dream that I played the big piano on the floor at A. P. O. Schwartz. The one Tom Hanks danced on in Big. I was all rhythm and a rappin' and tappin' away. I played a song with my feet and sang along with myself. Do you know that song that goes, it's raining so hard, I can't find my drawers?”

“Anyway, that one. I don't know how I did it. It just floated up naturally for me. I sounded like D. C. Hammer.”

"Pretty awesome what the mind does at night, huh?” Rusty said.

“It's a wonderer, all right,” Calvin said.

“I wish I could go shopping in New York,” Rusty said wistfully.

“Yep, it'll be splender, splurge, and bluster all over town. Did you get my reservations?”

“Yes, in fact you can call up the flight schedule on your computer,” Rusty said, pointing to Calvin's computer screen.

“Great. Rusty, slide that gremlin over to me. I gotta learn how to use this Windows stuff sometime.”

“Here it is,” she said, handing him the mouse. “It’s really easy to use. It’s WYSIWIG (whizzy-wig).”

"WYSWYG is an acronym, Cal"

“Oh, I thought it was a noun.” Rusty smiled as she thought to herself, “I'm supposed to be in training for my new job, but I'm the one doing all the training.”

Charlie, Tim, and Calvin were walking along 42nd Street looking at the sights. Calvin’s attention was caught by an ad for Live Sex Acts. “Look at the scolmuncha on that guy,” he exclaimed. Just then a horse and carriage rode by.

“Okay, guys, you twisted me on,” Calvin said.

Soon the three were clippety-clopping towards the park in their carriage. Calvin was urging the driver to go faster. “C'mon, slap that whip - whip that lash! Let's go! Boy, look at all those historical places. I wish I had my motion-movie camera with me.”

“This is the rich part of town, Park Avenue,” Charlie said.

“I'm glad we're far away from that 42nd Street with all its moral turpentine,” Calvin said.

“Calvin, your shopping bags are on top of my feet,” Tim said. “Can they go on the opposite side?”

“No, on the other opposite side, over there. Look! I think that's the house Long Cheney lived in when he was Mr. Jekyll and Dr. Hyde. It was a mythological movie. He had two personalities like in The Three Faces of Eve.”

“Speaking of Jekyll and Hyde, I saw this TV preacher the other night,” Charlie said. “He was possessed. He told one poor fool, 'The power of the spirit come up your ass and out your throat and make you holler like a goat!”

“Sounds like Dr. Hyde to me, Chuck,” Calvin said.

“Yea, we're riding a carriage just like he rode in during the movie,” Tim observed, “both of him.”

“Good thing about horses is you never have any batteries to worry about,” Charlie said. “I just had to buy a new one for my Buick before I left home. Set me back seventy-five dollars.”

“Yeah, I know,” Calvin said, “my son's battery is going bad. I had to buy some jumping cables to get it started last Sunday before we left.”

“Did you finally get it started?” Tim asked.

“Yeah, but my hands started to get dirty. I was all dressed to go to church with Kathy so I had to go in the house and then run back outside with my Platex living gloves on.”

“I bet all the neighbors laughed when they saw you,” Charlie said.

“You know it. I was the talk of conversation that day, Big Boy.”

“Kathy?” Tim asked. “What happened to Heather? Did she cling to you too much?”

“Yep, she really clanged to me, Tim. So now I'm dating Kathy. She looks like Venus the Miler.”

“Yeah, it's like bubble gum for flies. But I can't spell it. Too many e's and u's in that. All them vowels, mountains, and continents get me flubbered up. Look, we're almost to the hotel, guys. As soon as we make this anglish turn.”

After the carriage ride, the trio walked back to their hotel. They stopped in front of a shoe store and Charlie said, “I wonder if this is where that gal from the Philippines bought her shoes.”

“I know about her,” Calvin said, “Mel Di Marcos, the former first lady of Mr. Di Marcos. They got booted out of the Philippines.”

“Yeah, Cal,” Charlie added, “They booted her and her shoes out of the Philippines.”

“Look, there’s a pickle vendor,” Calvin said excitedly. “I gotta get me one of them coacher pickles. You know, big, green, and juicy.”

“You like pickles, Big Boy?” Tim said, taking a dollar out of his wallet. He stuck it inside his belt so that half of it hung over the top of his pants. “Here you go. All you can eat - under a dollar.”

“Oh, grossify,” Calvin said, “Tim, you pervertial person. You beat me to the cake.”

Calvin got his pickle and was almost finished eating it when they turned a corner on the sidewalk and one of Calvin’s legs got caught in the other one. He started to fall and caught a nearby lamp post.

“Whoops, I caught myself in a cross-thread,” Calvin said as he recovered his composure. “It's those new hiking boots I bought at the Timberland Store. I feel like Grizzly Bear walking around in these things.” He finished off his pickle and started singing, “like a rhinestone cowboy, totterling along .” When he stopped singing he noticed Tim and Charlie were looking at him funny. “That was a Jerry Humbledink song.”

“A dink -- that's the male part of a human,” Calvin answered.

When they reached Rockefeller Center there was Christmas music playing over the loudspeaker. Calvin sang along, “Felice Favida, Felice Favida, I want to wish you a Merry Christmas,” followed by a chorus of “hark the herald angels sing -- tra la la la la - la la la la.”

Later that night at the banquet they were seated around a large round table and were having drinks before dinner. As guys do at times like these, they were swapping jokes and stories. It occurred to Rob that he had never told Calvin his reverse Knock, Knock joke. Rob turned to his left and asked Calvin, “Do you like Knock-Knock jokes?”

At this unexpected turn, Calvin's head tilted to one side and his eyes opened wide with his pupils dilated. Kenny, who was seated to Calvin's left and had heard the interaction, began laughing. Suddenly Calvin realized what had happened and began laughing, too.

Rob had switched the process of telling Knock-knock jokes by telling Calvin to say “knock, knock” instead of just starting the joke by saying “knock, knock” himself. Calvin decided that it was so funny that he wanted to pull it on Charlie, who was seated to the right of Rob, and had not heard their conversation.

“Chuck, you like Knock-knock jokes?” Calvin raised his voice so Charlie could hear him. At this point the rest of the ten employees at the table turned to look at Calvin in anticipation. Calvin seldom told jokes and rarely got them right when he did tell one.

“Who's there?” Charlie responded, which is exactly how the normal joke process goes. Calvin's head tilted exactly as it had moments earlier and his eyes widened again. This time the entire table laughed.

“No, no, wait,” Calvin said, trying quickly to recover. “You're supposed to say, 'knock, knock', Chuck.”

“Who's there?” Calvin asked.

“Archie who?” Calvin said quickly, without realizing what was happening.

“God bless you,” Charlie said. By this time the entire table began roaring with laughter as Calvin's head tilted again, and his eyes widened again. He was stumped. He couldn't figure out how he had gotten tricked three times on the same joke.

“I can't believe I said that. It came out too quick,” Calvin said, finally looking around and smiling at all the attention he was getting. “It looks like you guys threw me a loop. Chuck, how did you know to do that? You must have been in the Nazi wars and read the spies.”

"You just dug yourself in deeper, Cal," Tim said from across the table.

Calvin puffed himself up and said, “Do I look like somebody who digs itself a foot in the ground? Don't answer that question, Tim. Besides, I'm an innocent victim. I just stepped in a big muddle puddle. Now stop ruffling my dandruff.”

And for the rest of the trip they did. 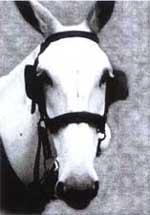