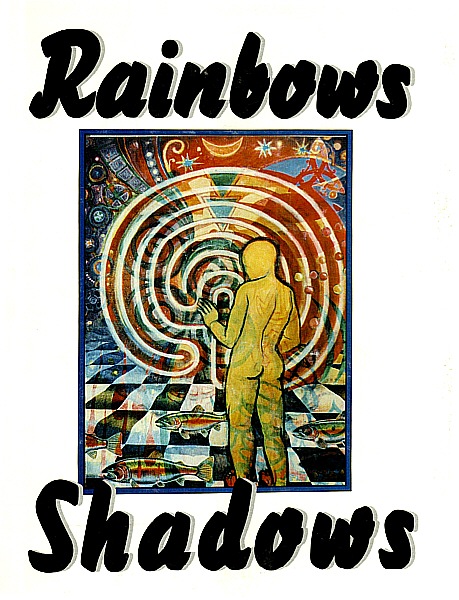 My heart leaps up when I behold
A rainbow in the sky.
William Wordsworth

What is your substance, whereof are you made,
That millions of strange shadows on you tend?
William Shakespeare, Sonnet 53

Why rainbows and shadows? One reminds us of joyful occasions and the other of things that go bump in the night. First, rainbows.

In 1995 I stood in the open doorway of my garage before driving to work on my last day before retirement from the Waterford 3 Nuclear Power Plant, and I saw a beautiful double rainbow in the morning sky before me. My heart lept up like Wordsworth's when I saw that omen. I remembered that the source of the rainbow is in my heart, and was in the heart of everyone who took the time to observe a rainbow that morning. We each saw a different rainbow, and each one we saw was truly our own rainbow.

In 2015 a double rainbow appeared as I looked out my garage door in the morning of the same day I celebrated twenty years of working full-time as a writer, publisher, photographer, cartoonist, and poet. The beat goes on . . .

Likewise, each shadow we encounter is truly our own shadow, created by the materialistic stuff of our world blocking the light of the Sun. Shadows are the dark colors of the artist's pallette of our lives, without which there would be no texture, no structure, no light. As I reviewed my poems for this volume, I found some were naturally rainbows and some naturally shadows, and I separated them into one section called Rainbows and one called Shadows. My wife Del likes me to read to her one Rainbow followed by one Shadow — they seem to complement each other, she says. I have put the section titles in the header to facilitate such a manner of reading.

In addition to the poem, I have included a short note (where available), which notes altogether contain a panoply of information about my poems: when they were written, what I was doing at the time, what I was reading that inspired them, and on what scrap of paper I wrote them. Poems do not "form in their own water" (as my friend Calvin said of volcanoes), but they may form in the water of ideas suggested by others and completed in some fashion by me. In gratitude, I include in many of the Notes the authors' names and sometimes a brief reference or quote of the source of the inspiration. By reading the Notes, one may readily discern my favorite authors and assorted sources of inspiration during the five-year period of writing this book.

There is an ambiguity in the phrase driving to work that leaves unspecified whether I was alone in the car at the time. Believe me, I could never think these thoughts if I were not alone in the car. Sometimes I listened to jazz on WWOZ, sometimes to classical on WWNO, and sometimes only to the thoughts of the writer of the book I was reading and my own thoughts, but always moving on. Like rainbows and shadows are always moving, so was I.

You may have a moving experience also as you join me in my carpool of one on the highway of life. Welcome Aboard! What would you like on the radio, classical or jazz?

This is a Complete Set of Poems are from Bobby Matherne's 1995 book of poetry, Rainbows & Shadows, published with associated images in various DIGESTWORLD Issues. Some of the poems have explanatory notes. 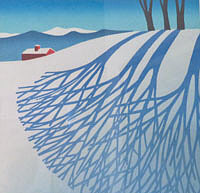