A Collection of 20 Humorous Essays 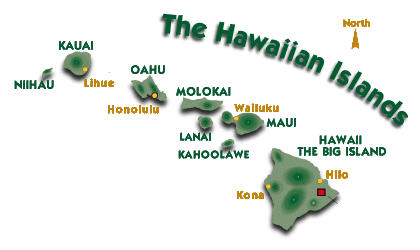 In the Pacific Ocean, as the Pacific plate moves inexorably to the northwest, a hot spot in the ocean floor beneath the plate occasionally breaks through to form volcanoes. Over thousands of years this process has created the chain of Hawaiian islands. Even today Hawaii is one of the few places on earth where new real estate is being created as volcanic lava spills into the ocean to produce new land.

On the North American continent resides a product of the United States educational system, who, every time he opens his mouth, creates new islands in the English language. His mouth creates original words and phrases faster than his mind (and those minds listening) can understand what is happening. Like new land created from the ocean, these words and phrases are captured here so that people in all parts of the world can discover the remarkable diversity of the products of this hot spot of language versatility.

Calvin's knowledge of the world around him was seasoned in his early years by watching Hollywood horror movies and Saturday morning TV cartoons. His knowledge of human nature was seasoned by his three marriages, the first one coming right after high school. His naturally trusting nature was exhaustively tested by his two ex-wives and their lawyers.

If there is a field of endeavor Calvin excels in, it has to be the medical field. Afflicted with juvenile diabetes, Calvin was self-administering insulin shots from an early age. After several near-death experiences in diabetic comas, he lost vision in one eye and developed erratic vision in the other. He lost kidney function in both kidneys and was forced to use walking dialysis for several years while awaiting a kidney transplant. When the transplant came, it was a dual kidney and pancreas transplant, which not only cured his kidney problem, but eliminated his diabetes as well. One result of his extensive exposure to the medical profession is his in-depth knowledge of drugs and medical procedures, which he will gladly explain to anyone in great detail. He will explain the physical symptoms of every illness he ever had, every medication he used to eliminate it and all the various cures he tried. Through all his tribulations, Calvin has maintained an ebullient demeanor, nearly always cheerful and usually optimistic.

In the planning department where he works, Calvin keeps his fellow workers in stitches with his extemporaneous verbal creations: his unique expressions, malapropisms, and delightful misplacing of words in sentences. For example, when he was asked how many continents there are, he replied, "Five, A, E, I, O, U." When greeted with tittering he exclaimed, "So, I got my vowels and continents mixed up, okay?"

Calvin will often greet a good male friend as "Big Boy," but if the same friend crosses Calvin, his name can quickly change to "Cosmo-reatard" or "Dippus-Marripus." His attempts to say "aluminum" will sometimes produce six or seven syllables and "residual" is impossible, "too many z's in it" according to him.

Calvinisms prove to be useful in everyday conversation as many friends of Calvin have discovered. My wife and I have often described our busy day to the other as "I've been as busy as two little beavers in a bee." Or in other circumstances, "I have the question to your answer" or "Calm your jets or you'll ruffle my dandruff." So if you find a Calvinism or two that you especially like, you don't have to give it back, like an "Indian giver," you can "save it for prosperity."

When he first came to my planning department, he had to use a large magnifying glass to see one character at a time on the computer screen to plan a work package. He referred to himself as a "one-eyed bandit" and was nicknamed Sherlock by one of the planners who admired his courage. One time, a time Calvin refers to as "the time death was warmed over me," his friend Steve had to drive on the wrong side of a four-lane divided highway to get him to the hospital before he went into a coma. Leading up to that event he walked around for months with a yellow face and a frail body that looked like it could snap in a stiff breeze. After the transplant operation he came out with a rosy complexion to begin a new life with new kidney and pancreas.

Though all these trials, Calvin goes on. Like "Dolly Polly, the woman who bounces back," Calvin has bounced back. How long will he go on? For a long time, we hope, "if it fits the cake." To those of us that Calvin has kept in paroxysms of laughter that sometimes last for hours, we can only take a deep breath and say, "Thanks, Big Boy."

In the following chapters of this book some of the adventures are imaginative, some of them actually happened, but the malapropisms were all actually spoken, even if in a different context. To ease the job of proofreaders I have endeavored to keep all the variant spellings inside of quotations. There is a real danger that, after reading the way Calvin renders a well-known phrase in English, the reader will be unable to remember the correct way. This happened to my wife when she read the phrase "a dollar short and a day long" in the Book of Calvin -- the correct phrase is "a day late and a dollar short," of course, but it took minutes for us to recover it. To ease this chore on the reader's part, I have included a glossary of terms that provide suggested translations to the Calvinisms in the book. These are not definitive translations, because although one can ask Calvin exactly what he meant, the answer usually generates more Calvinism than clarification. My thanks to Charlie Bordelon who provided many suggestions of what Calvin actually meant as I was recording these gems. It was Charlie who first suggested that many of the Calvinisms are shorthand for two separate phrases. That would help explain "busy as two little beavers 'n a bee," which could refer to both "busy as a bee" and "busy as a beaver."

I wish to thank the real Calvin for his indulgence in allowing me to use this material which is rightfully his. We, his co-workers, have sometimes left work with our stomach muscles aching for a rest after hours of continuous laughter, we are most grateful of all for having known Calvin personally. Some people have asked me how such a person could work as a planner, and all I can say is quite well. That is the paradox of Calvin: his mouth really thinks faster than his brain, but both of them together are equal to any task, especially that of entertaining anyone who happens to be nearby.

Readers who have just had facial or abdominal surgery are cautioned not to read these chapters without their doctor's clearance. One planner actually pulled out several stitches in his face by reading the Book of Calvin too soon after extensive facial surgery. 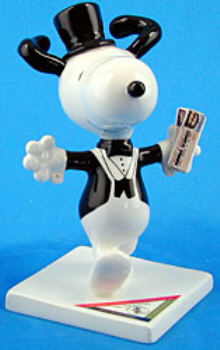